This park takes me back to the early 1970s. Then I was around 10 years old. I lived in nearby Addison Road in a B&B with my father and two brothers. In the year we stayed at the B&B, which we were not allowed to stay in during the day, I and my brothers regarded the park as a sanctuary – a second home.

Click on an image to open a larger version in a new window. 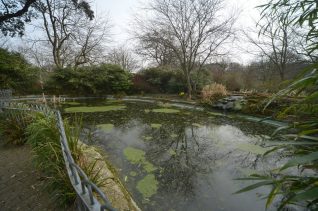 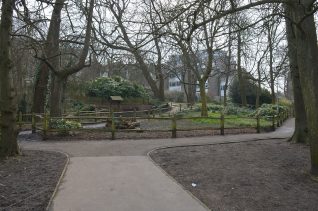 On many occasions, particularly during the summer of  1970 and 1971, we would spend a whole day in the park, basing ourselves in the wooden cafe, which was situated in the same place as the present cafe. I remember my aunt often giving me two new pence to buy an ice-cream there. The children’s play area was not fenced then and I spent many happy hours playing in the playground’s sand pit. 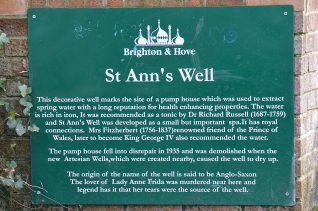 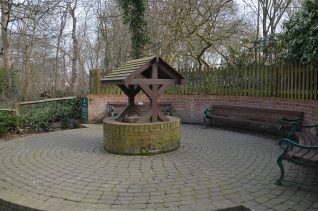 A shed for rainy days

There was a tan-brown-coloured concrete shed at the top of the park – around the corner from the children’s play area – where I spent many a rainy day. On one occasion I fell from the roof of this shed, sustaining an injury, and I was subsequently taken to a hospital in Windlesham Road. I particularly remember Christmas 1970. That year it snowed heavily. I spent many hours sliding on the snow on the bank near the playground’s slide. What memories.