I used to use Stoneham Park roughly between 1960 and 1969. I lived in Cowper Street; my elderly parents are still there. I used to meet a load of friends there for a game of football using trees at each ends as goals. Many an evening game was played there until bad light stopped play. My best mate who was a star player, was Glenn Graham who lived up Westbourne Street 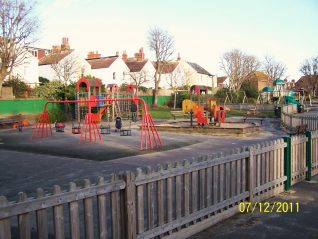 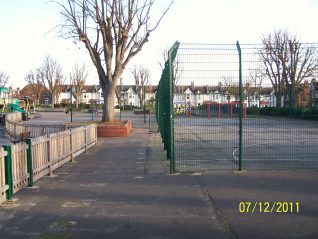 The park keeper kept the peace

All the usual park non health and safety equipment was there, swings, slides, roundabout, and stinking park toilets. There used to be a shed with a seating area in the middle at the top end where Keith Simmons used to entertain the girls. A park keeper had a small shed at one end, and used to keep any undesirables in check. 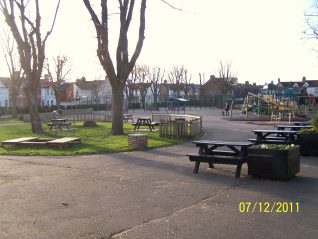 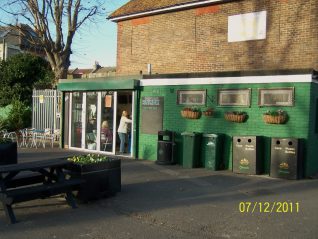 A credit to the neighbourhood

Big green railings and bushes were all around the perimeter. Refreshments could be bought from the corner shop opposite, famous for penny lollies. Also Tammy’s fish bar just up the road was a meeting place with a back room with a football table and a pin table. The park today still survives and has had a lot of work done to it and is a credit to the neighbourhood.

Do you have any memories of Stoneham Park? Do you visit Stoneham Park today? Please share your reminiscences and experiences with us.