A leisure area since Regency times 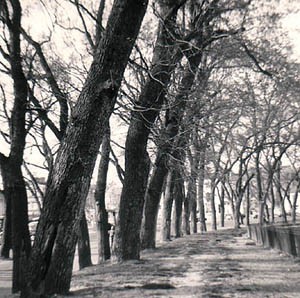 This has been a popular area for leisure and public events since Regency times. Originally it included the area now covered by Park Crescent, which was laid out as a cricket ground for the Prince of Wales in 1791, and is commemorated by the Bat and Ball public house in Ditchling Road.

Nissen huts in Union Road
The northern half, to the south of Union Road, was used as a wartime extension to the Royal Engineer’s Record Office in Ditchling Road. The accommodation was in nissen huts which remained until the mid fifties.

Site of the town’s bonfire
On Good Fridays the traditional game of bat and trap used to be played and on November 5th the Level was the site of the town’s bonfire. The rose walk across the centre was the site of the Open Market in the 1920s. The children’s playground to the south was laid out in 1927 and the small building at the south western corner was a branch police station from 1865 to 1919.