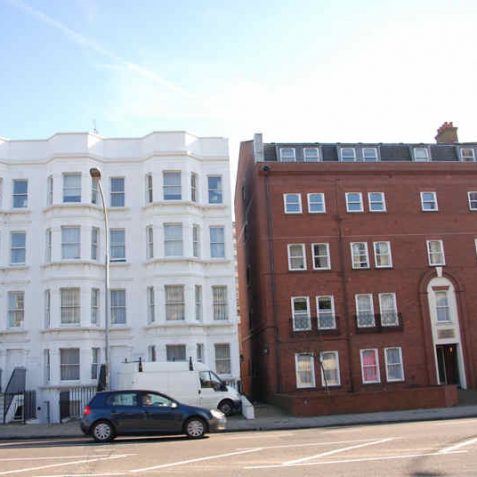 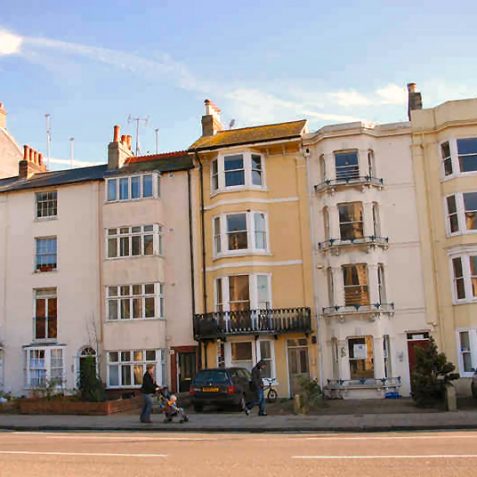 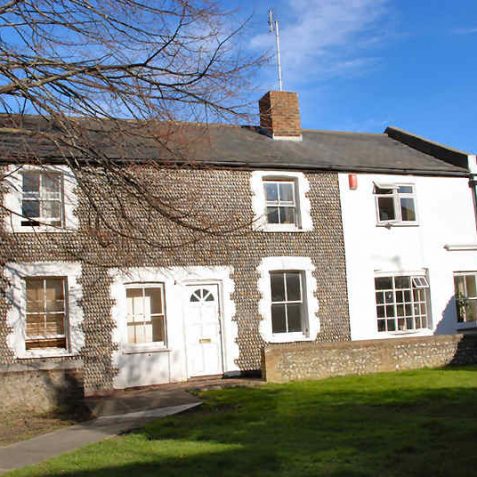 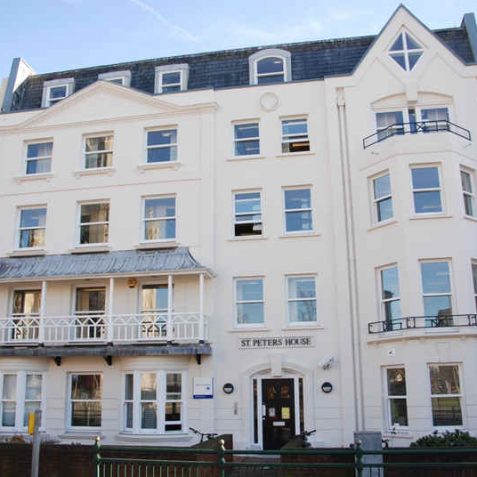 h) RICHMOND PLACE: Developed in the 1800s, Richmond Place has several houses which retain their front gardens. Nos.7-8, with bow windows, pilasters, mathematical tiles and good doorways, and nos.23-25, with bow windows and balconies, are particularly attractive but none are listed. A narrow twitten between nos.3 and 4 leads to Richmond Gardens, a row of charming cobble-fronted cottages of about 1826. Nos.17-19, known as St Peter’s House, was completed in 1986 to a Regency Gothic design of Philip Andrews and jointly won the council’s 1987 design award; it has the familiar shell motif used by A.H.Wilds. The Richmond public house was opened in 1807 by a Mr Fairs who transferred the licence from the Spotted Dog in Middle Street , but it was rebuilt in the 1960s. {15,83}