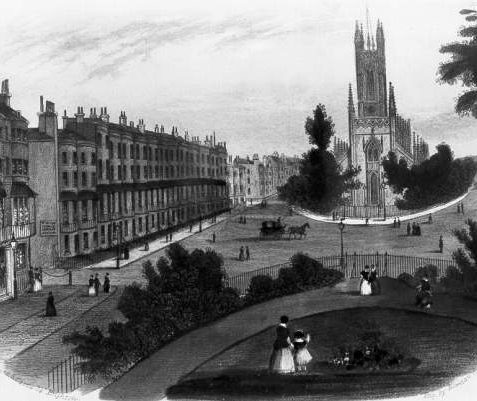 View of the New Church of St. Peter, c. 1829: Women and children can be seen in what is now the northern part of Victoria Gardens. On the left, on Gloucester Place, is the Gloucester Hotel, which opened in 1819 and is now a night-club. A sign points in the direction of the female orphan asylum which was at the top of Gloucester Street until 1853 when it moved to Eastern Road.
Image reproduced with kind permission from Brighton and Hove in Pictures by Brighton and Hove City Council 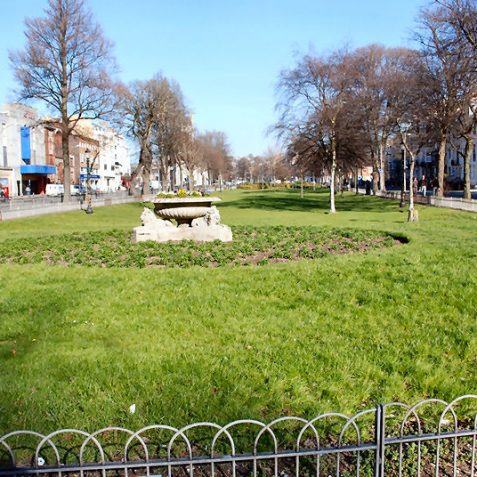 View looking north up the lower part of the Northern enclosure of Victoria Gardens.
Photo by Tony Mould 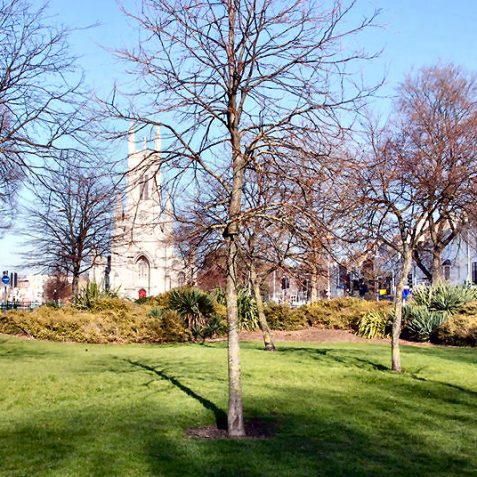 View of the upper part of the Northern enclosure of Victoria Gardens.
Photo by Tony Mould 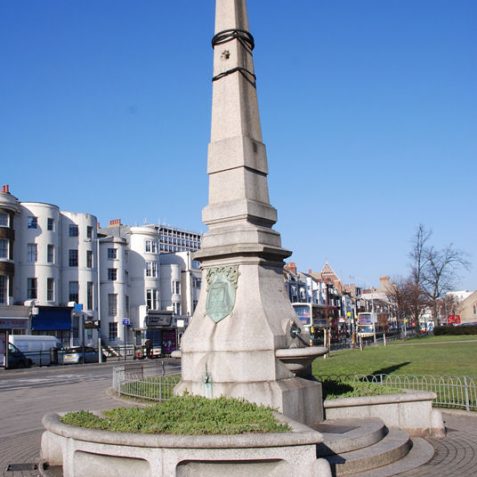 c) NORTHERN ENCLOSURE: The northern enclosure covers 1.16 acres and was remodelled similarly to the southern enclosure in about 1925. Just beyond the northernmost end is a drinking fountain presented to the town by Frederick Chatfield for both human and animal use. Now listed, the obelisk bears the borough arms and the drinking pools are now used for floral displays. It was designed by Robert Keirle and inaugurated by the mayor, Richard Webb, in 1871; it originally stood in an isolated position in the middle of the road. {24,44,115,126}