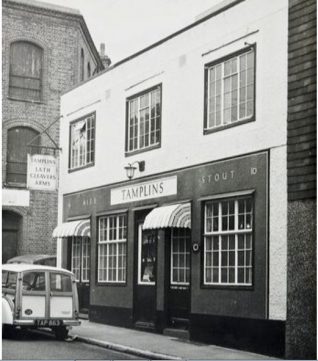 I have many good memories of the Lath Cleaver’s Arms. It was my first ever local and in the late 1950’s, and I spent many times in there playing darts and quoits. The pub was situated in Regent Row, a small road behind Marks & Spencer, Western Road. Its entrance was directly opposite the upstairs rear exit from Marks & Spencer. Because of the hidden location, not too many people knew about it, but it had plenty of regulars. There were two bars, one a public bar with the games and a comfortable lounge which was always busy. The pub was run by long term residents Bunny & Freda. They were very popular and for me it was second to none.

A very unusual feature was where the dart board was positioned in a corner, to the left of the board was a phone box. It was very scary coming out of the phone box into the flight path. Darts was very competitive and we could give a good account of ourselves, especially against the quoits players, but at quoits we were well and truly thrashed. One of the regulars was an elderly lady called Ida. She had her own seat at the bar and was always there. One winter there was much snow and we cleared a path across the road from her door to the pub. Great fun!

In the early 60’s there were rumours about the possible closure of the pub, and in 1962 Bunny & Freda moved out to the Greyhound at Keymer. Their replacements were Alan & Eileen and they were brilliant. I was there on the last night, and everyone went home very saddened. In December 1963, the pub and all of the adjoining terraced houses were ruthlessly demolished to make way for a large extension to Marks & Spencer. The picture shows that it was well looked after and should never have gone. Greed was a factor, and all of those responsible should have hung their collective heads in shame, but they probably didn’t. Regent Row no longer exists and Brighton lost a pub which today would be a gem. 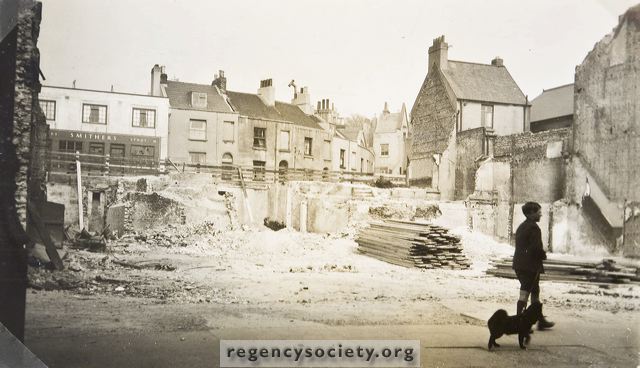 A very ordinary little street with no claim to fame, it had one brief spell when it was exposed to the view of the thousands who thronged Western Road, many of whom probably were unaware that it existed. In 1932, when this photograph was taken several old buildings in Western Road had been removed to provide a site for the new Marks and Spencer’s store. Four houses in Regent Row were demolished at the same time.