Memories of the sixties: Part I

The Zodiac coffee bar was situated above a shoe shop, possibly Hiltons? It was in the lower end of St James’s Street, near the post office and Lyons tea rooms. I frequented, or rather ‘lived’ in the Zodiac for a period during the period around 1962/1964. It would be fair to say that I spent almost every evening in the Zodiac at some point. If I was not in the Zodiac, then I would be in either the Starlight Rooms or the Florida dance hall at the Aquarium. I was living in Belgrave Place, Kemp Town at the time, and worked at Machinery Publishing Company in West Street.

Thump and flash of the juke box

The Zodiac was a dimly lit intimate coffee bar that was dominated by the juke box, which seemed to thump and flash away constantly. There was also a pinball machine where one would place a two shilling piece on the glass to book your turn. As most people seemed to smoke in those days, the room was hazy and atmospheric. This did not seem to bother anyone, rather it added to the feeling of excitement. 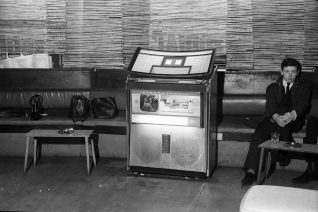 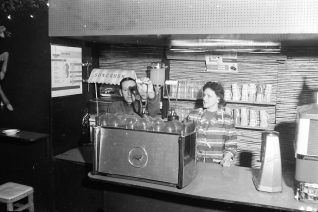 When you climbed the stairs and turned the corner at the top, you seemed to enter a world of total excitement. In fact I would say that the feelings generated by that special atmosphere, were almost an addiction. I remember that I always felt excited to be making my way to the Zodiac, and happy and relaxed with social contentment when I was waiting at the bar to order a drink. 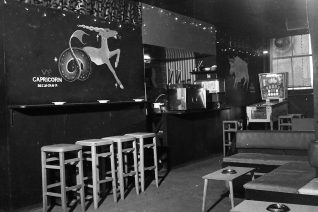 Your turn for the pinball machine? 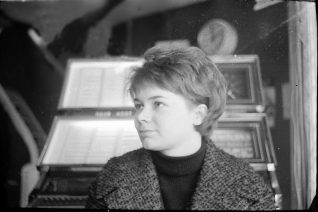 A sixties chick at The Zodiac

Three shillings for a night out

Espresso coffee had a thick foamy head and was served in glass cups and saucers. I seem to remember that a coffee was 9d, which now would be about 4 pence. I was earning about £3 a week at that time as a trainee artist. After giving half to my mother I was left with £1.10s a week to spend. So nearly one shilling for a coffee was a big expense for me. Two or three shillings for a night out included a coffee and entry to the Florida, The Regent or the Starlight Rooms. I usually saved a 3d piece, as this was the cost of the bus home to Kemp Town from the Old Steine. But many nights I walked home having spent it.

Did you go to The Zodiac? Do you remember that thumping juke-box – what were your favourite records? What about the pinball machine – were you a wizard on that? If you can share your memories of this time, please leave a comment below.

You can read Part II of the Zodiac coffee bar here