Memories of the sixties: Part II

At one stage, I painted a lot of the walls and woodwork of the Zodiac coffee bar, and also produced the menu signs that were on the wall. When I had finished, I was owed a final payment of £10; that was a massive amount that represented almost a month’s money for me. The owners claimed they were short of cash and suggested I could take the snooker table as final payment. The snooker table was a lovely thing that was 1/3rd size and was kept in a room above the coffee bar. 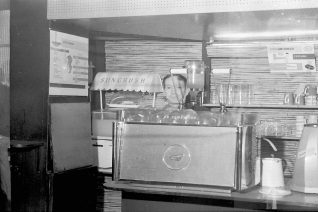 Do you remember this guy’s name? 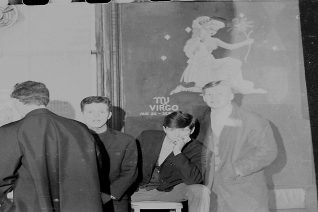 Some of the local likely lads

I thought this was a great offer, and persuaded a friend of mine who had an A35 van to help me collect it. The table top which was slate under the green baize separated from the legs, so we managed to just squeeze it into the back of the van. I then realized I had nowhere to use it or to actually keep it. I had to store it in my girlfriend’s father’s garage which is where it stayed until I finally married her. I have kept this snooker table all these years and even though I have since remarried and moved to Suffolk, I still have this snooker table. 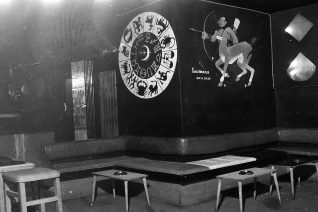 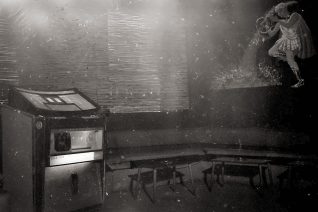 Atmospheric shot of the juke box

Listening to the latest songs

At this time very few people of my age had a great deal of spare cash. But even so we managed to have enough to keep the juke box playing, and this music certainly was an important part of the Zodiac. Apart from TV programs and radio stations like Luxemburg, who never played the end of records, the only way we really listened to the latest songs was in coffee bars and at dance halls or clubs. Not many people could afford to buy records and if they did, they could only be listened to at home on a stylus record player. 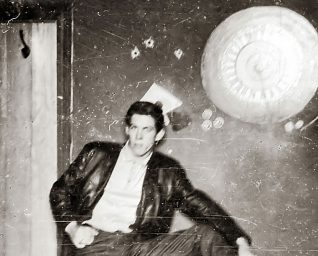 A cool dude – do you recognise him 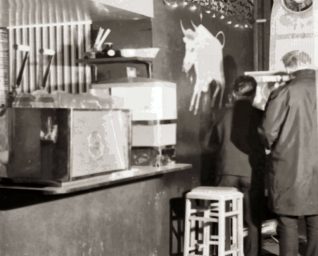 I have a terrible memory for names and though I can recall many faces of the people in the coffee bar, I cannot in all honesty remember their names. I am certain that a number of people who frequented the Zodiac at the time will remember the place from these pictures which I am now so glad I took. We all look back at our youth with fond memories if we are lucky and I am no different. My memories of the time I spent in the Zodiac and the part it played in my life at the time are priceless.

Did you visit the Zodiac? What songs do you remember from that period? Maybe you were one of the lucky ones who owned a stylus record player. If you can share your memories with us, please leave a comment below.

You can read Part I of Memories of the sixties here