A trip down memory lane

I started at Carden Road School in 1952. I was born in 1947, and would have been five years old in the December of 1952. I know that I left for Margaret Hardy in 1959, so it sort of works out. I lived in Westfield Crescent with Mum and Dad, and my younger sister Pauline. Our cousin Ian lived with us for several years, and was also a pupil.

The teachers and head-teachers names I can bring to mind are Ede, Emmons, D’etlinger, Vermilon (who I believe was my first teacher), Monger, Goodchild, Aldous, Rustington, Cheeseman, Kitchen, and Kent(or Kemp). I also remember Mr Bunker, who was a tartar and of whom I was terrified; although I was never in trouble – I would have been too scared. I can clearly to this day still remember Johnny Washington being chased around the classroom by Mr Bunker. If you are reading this Johnny, do you recall it? I adored you but I don’t believe it was ever reciprocated. 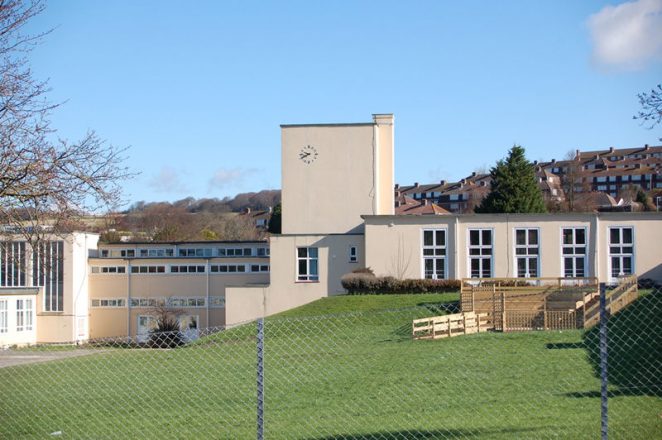 Afternoon naps and bottles of milk

I clearly remember the little beds that we slept on in the afternoon. Also of being taught to write with the letters up on the blackboard with the W’s looking like a row of butterflies. Do you remember those little bottles of milk and the little toilets on the other side of the corridors to the classrooms? What about Mr. Emmons always singing the Hippopotamus songs at the various shows?  I think it was he who put the fear of God into us by telling us in an assembly that we must on no account pick the berries from the snowberry trees on the path that led down to County Oak, as they were extremely poisonous. I can’t work out why, if they were so dangerous, that they were planted there.

Does anyone else remember the red ants that invaded the little patio areas outside the classrooms? And of course, who can forget the regular visits of the ‘nit nurse’? What about that distinctive smell of the kitchens? I do remember clearly standing in a queue by the kitchens, waiting to take our 11plus exam, and Mr Cheeseman telling us to be ‘as cool as cucumbers’. Does anyone still have, as I do, the Coronation glass from 1953? I loved the the nature trips to Old Boat Corner and Stanmer Park – do you remember them?

Would love to read your memories

I moved to Gloucester in 1976 with my husband, son (who was also at Carden for a short while) and daughter and we now have five grandchildren. If there is anyone reading this who remembers Carden School, then I would love to read your recollections too. You will remember me as Rosemary Tullet.