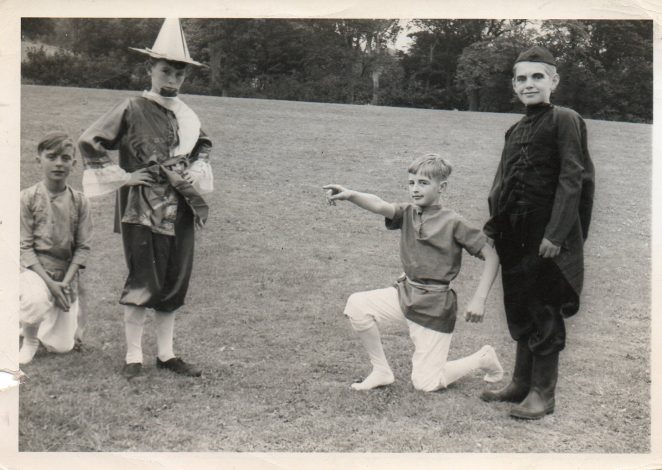 School play: I am first right

I started at Coldean School in February/March 1958, when we moved to the area, and I left in July 1961. The teachers I remember were Miss Williamson, who I think taught the junior schools 1st year, and Mr Tompkinson, who taught the 4th year; Mr Burrows was the headmaster. In the last year, Friday afternoons became a hobbies thing, and I chose camping. After many lessons we spent a week camping near East Grinstead; I think it was a scout camp called ‘Isle of Thorns’.

We staged a play at the end of the year but don’t recall it’s name. I played ‘Gritpan’ the leader of the goblins. I recall having to find slaves for a nasty person called ‘Wolfrum’, who lived in a castle. I can still remember some of my lines. In the first photograph I am stood on the right, the person with the pointed hat is possibly Wolfrum, and the other two I think were slaves.

The second photograph is the class of 4A in 1961. Some people I recognise are:

Back row: 3rd from left is Darly Mckenna, 2nd from right Wendy ?

Second row: next to Mr Tompkinson, Patricia Hubbard, and next to her Hilary ? I am 5th from right.

Front row: 3rd from left could be Pamela Damey, and somewhere is Doreen Lathem. 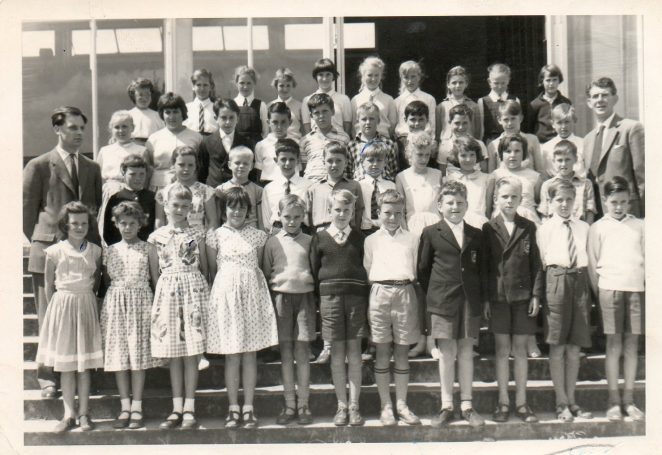