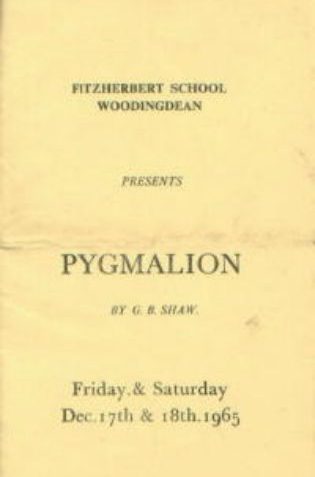 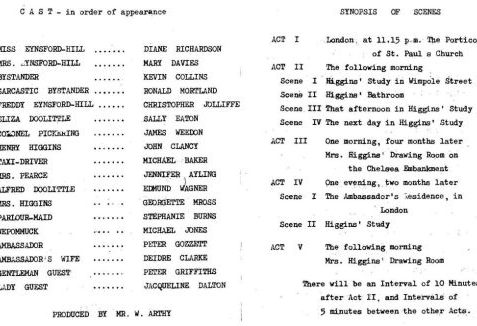 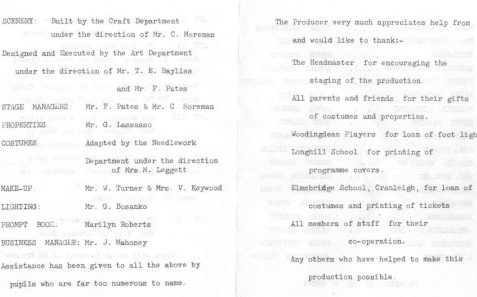 The school play at the end of term, December 1965 was ‘Pygmalion’ by George Bernard Shaw. Mr Arthy, an English teacher who had arrived at the school earlier that year was determined to provide cultured elements beyond the charity discos that took place, also in the remarkably small school hall.

It was a challenge
Given the challenge, we all set about it with gusto! There were trips to Mr Arthy’s former school in Surrey to pick up the costumes. Mr Bayliss and Mr Pates made the scenery, and much practice and rehearsal went into the production. I seem to remember two school performances and two ‘public’ performances that all went down a storm, and delighted everyone who was part of it.

Good reviews
It certainly went down well with the visiting critics from the the ‘Gazette’ and ‘Herald’ though I’ve since lost their reviews of the event.