From Elm Grove to Hollingdean 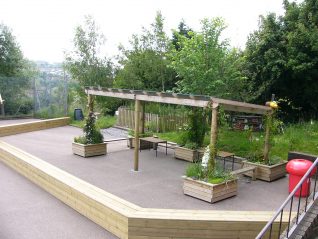 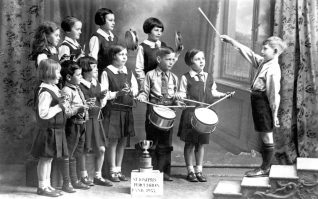 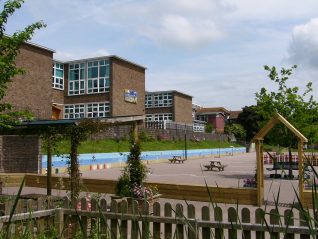 (This article has also appeared in Hollingdean News, an independent community newsletter.)


The original school serving the Parish of St Josephs, Elm Grove, fronted onto Milton Road,in a building which had originally been both the church and the school. The church was later replaced by the much bigger and grander building at the bottom of Elm Grove.

A small school
The school registers began in 1880 with just 17 children, paying 2d a week for Infants and 3d for Juniors, these numbers grew to 152 by 1893. The school was always regarded as too small, on a site with absolutely no room to expand. By 1932 there were 198 pupils using a large room partitioned into two and a small infants classroom. The outside area was a long narrow yard with only 4 toilets. A pupil at the time recalled that playtime and dinner times involved playing in the then two way road outside – although what little traffic there was horse drawn or bicycles. Only much later were  “road closed” signs used during playtime!

Short of space
Being short of room craft lessons had to be taken elsewhere, such as St Lukes school, and once a week the boys walked up to the Race Hill for games. In order for the whole school to assemble together the heavy partitions between classrooms had to be pulled back and the rooms re arranged.There were no facilities for school dinners so pupils took packed lunches or money to buy food outside – “one pennyworth of chips,a half penny bread roll and a half penny left to spend on sweets”!

Plans for a new school
Even in 1903 the school managers report included many concerns about the facilities, at this “happy in spirit”, but overcrowded school. Condemned as unsuitable in 1908 it was however to be over 50 years before the much needed replacement school was finally planned and built. Miss Clark Head in 1946 commented “our school building may look poor but we are rich in talent”.

The “new” St Josephs school
The new school opened in January 1956 at the Davey Drive site, on the then newly developed Hollingdean Estate. It was the first new build Roman Catholic school in Brighton (all others having started in existing buildings) at a total cost of £52,000. The Local Authority had made the site available for a seven classroom school to be built but initially only three of these were allocated for the Catholic school. The other four were used by the also overcrowded Hertford Road First school, to house their Junior year groups, as the new housing estate had increased demand for school places.

Two schools one playground!
The new site effectively operated as two schools, with two Headteachers. The sharing even included  the playground across which a line was drawn – a pupil recalls it was “a major operation to retrieve a ball that strayed over the line!” The St Josephs Infants classes remained at the old Milton Road school for the next 5 years, until they too were able to move up in 1961 – when the Hertford children vacated to move to their new Hertford Junior school.

Room to play
For the first St Josephs pupils, many of whom lived in Elm Grove, the new journey to school was a dramatic change and a bus ride away. But the effort was worth it,with the large hall and gymnasium equipment and playground with it’s fantastic views across the City, “so different from the tiny space on the old site”. Although there was “fear of even putting a dirty fingerprint on the pristine building …the Head would have skinned us alive if she’d caught us”.

Extracts taken from the St.Joseph’s School collection of archive material and memorabilia collected for the School’s 50th anniversary in 2006.