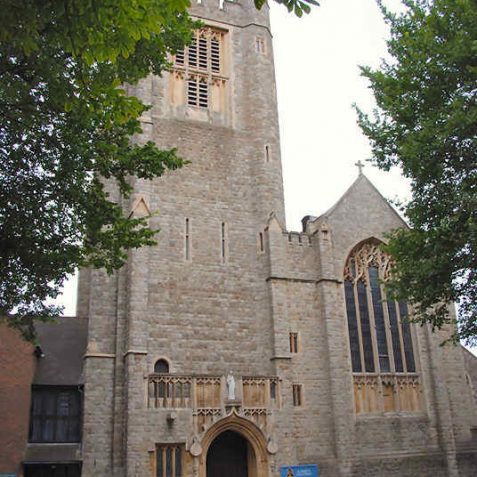 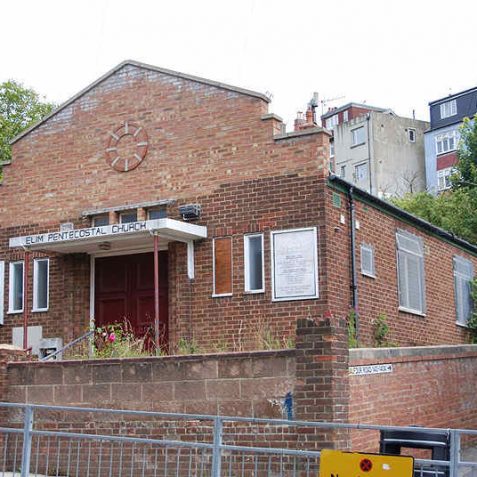 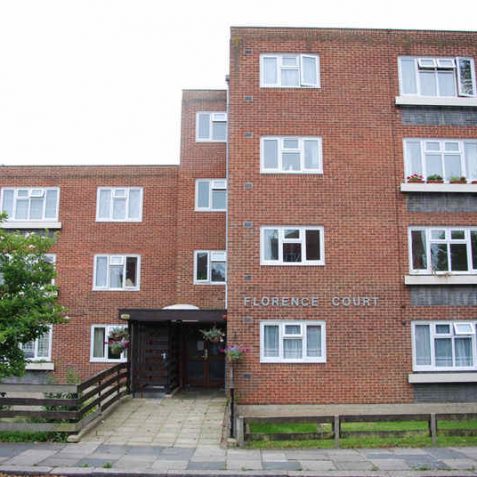 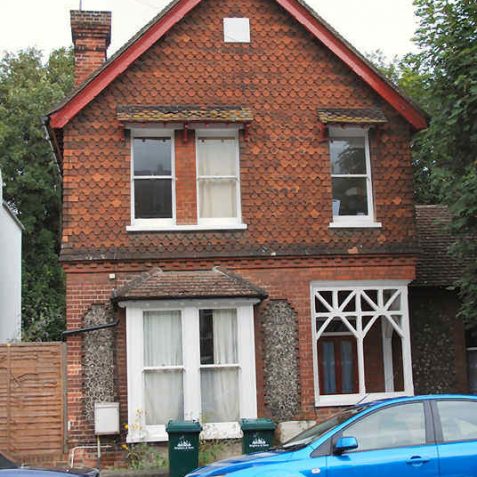 Formerly the Sussex Temporary Home for Lost and Starving Dogs, founded in 1884
Photo by Tony Mould

g) OTHER BUILDINGS: St Mary’s Roman Catholic Church, Surrenden Road, was designed in Gothic style by Percy Lamb, and was built in 1910-12 in a roughened stone with a large, castellated tower. The church was completed by a 1979 extension with a large, brick cross at the rear. Florence Court on the other side of Surrenden Road stands on the site of Preston Park Baptist Church, an iron church of 1908 which was intended as the school room of a much larger church. The Elim Pentecostal Church in Balfour Road was erected in 1939. {45,62,123,311}
The former Brighton Dog Hospital of the National Canine Defence League stands at the corner of South Road and Robertson Road. It was founded in 1884 as the Sussex Temporary Home for Lost and Starving Dogs by the Misses Maria and Juliane Gregory of Withdean Lodge, in memory of their sister Caroline. The original home remains in Robertson Road, a two-storey building in red brick and knapped flint ; the Modern-style building to the south was erected for the N.C.D.L. in about 1939 by Denman and Son. The home has now moved to kennels at Shoreham, but reopened in December 1988 to accept strays. {24,83,306}