You are here: HomenextPlacesnextSchoolsnextSt Mary's HallnextBoarding school opened in August 1836 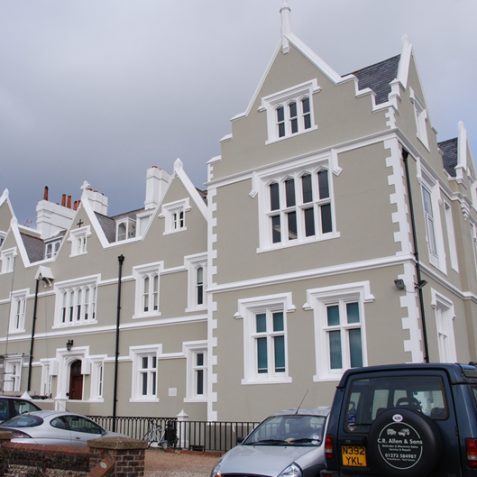 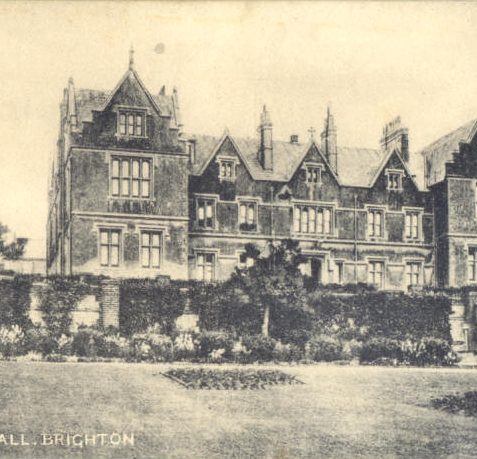 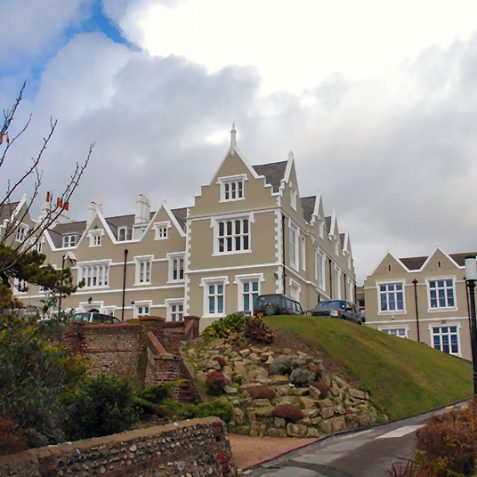 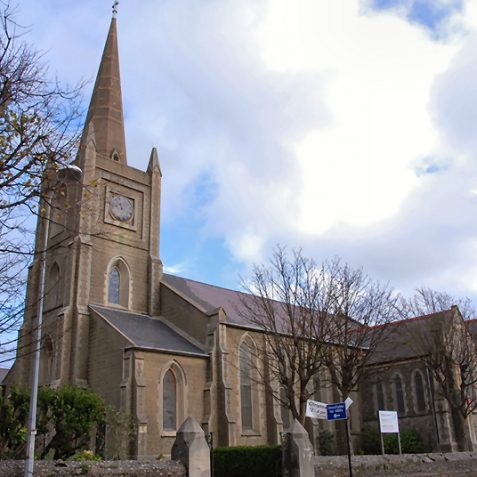 Opened on 1 August 1836, St Mary’s Hall was founded as a school for one hundred boarding daughters of clergymen by Revd Henry Venn Elliott, the curate of St Mary’s Church, and was erected on nine acres of land given by the Marquess of Bristol. Costing £4,250, Elliott himself gave £2,250 and a thousand books to the new school. St Mary’s Hall is now the oldest school in Brighton with a continuous history, and the main building, which was designed by George Basevi in Early Tudor style, is now listed; it is stuccoed with mullioned windows and a cross above the central gable. The Marquess also presented other portions of land and buildings for the school’s use, including a cottage and half an acre of land at the north-western corner for the establishment of an infants’ school.
St Mary’s Hall was extended in 1920 to admit the daughters of laymen, and in more recent times to include a new hall (1969), a classroom block and swimming-pool (1976), Venn House for sixth-formers (1981), a junior school block (1983), and a pre-preparatory block (1989). It now has over 400 pupils, both day-girls and boarders; the boarding girls are accommodated in Elliott House, and in St Hilary House at 21-22 Sussex Square.
The school’s chapel and concert hall is the former St Mark’s Church in Eastern Road. Commenced in about 1840, it was built for the Marquess of Bristol on land he had given to St Mary’s Hall, but it was eight years before the church was completed and consecrated on 21 September 1849. Faced in a roughened stone, it was designed in Early English style by Thomas Shelbourne and has an 1860 memorial window and monument to the Marquess. Additions on the northern and southern sides were made in 1892 by W.Gilbert Scott. Originally intended for the servants and less wealthy inhabitants of the Kemp Town area, St Mark’s was made Kemp Town parish church in 1873 but pew rents were not abolished until 1930. In 1985 it was made redundant and taken over by the school. St Mark’s Church Institute was in the former St Mark’s School in Chesham Road now used by the Nautical Training Corps. {1,45,64a,83}