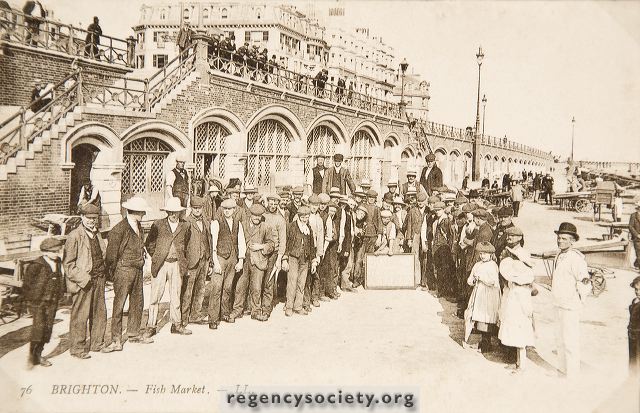 This photograph was taken between 1900 and 1914. Notice the visitors watching from the promenade.

A colourful and lively scene

When the King’s Road Arches were formed in the 1880s, numbers 216-224  were set aside for the use of the fish market with a hard provided in front for stalls. The colourful and lively scene attracted many visitors who watched the proceedings from the promenade above. Although the fisheries diminished in importance at Brighton, the market continued for the wholesale of ‘imported’ fish until it was closed by the council on hygiene grounds in 1960. 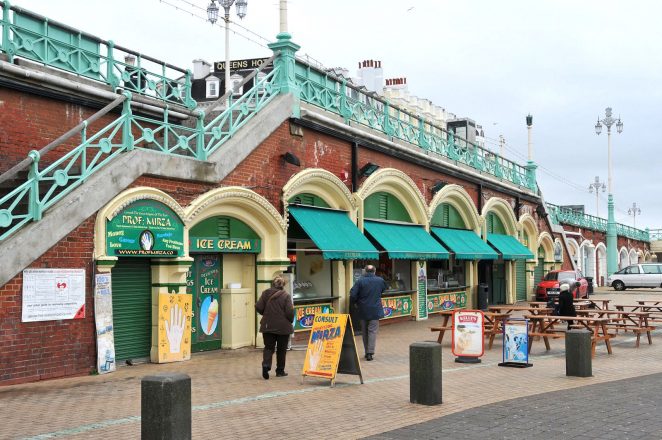