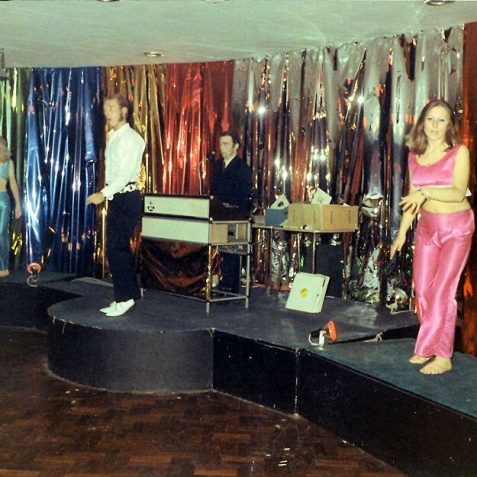 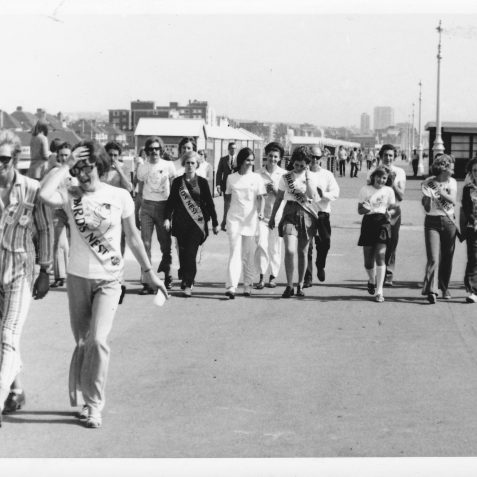 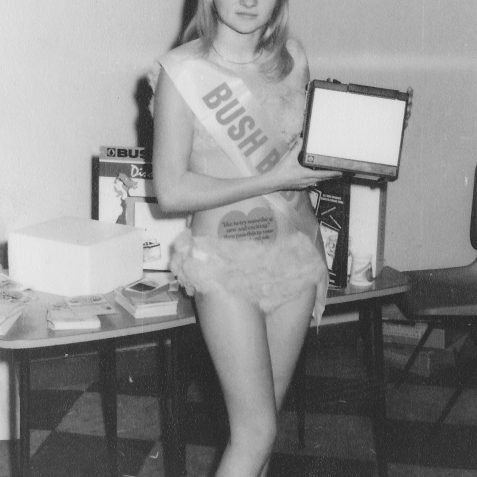 Little Chrissie, one of the 'Go Go' dancers doing a product presentation at Kings West. Where is she now?
Photo by Bob Catt 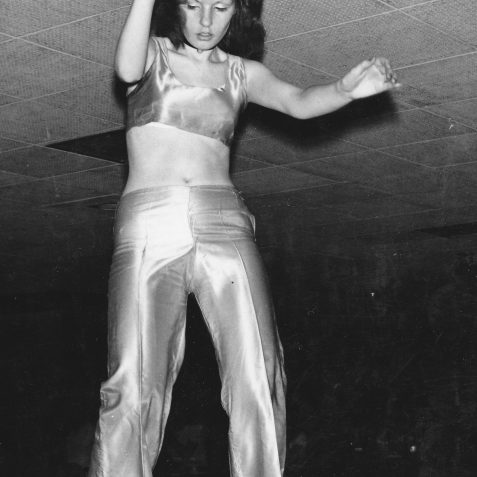 Another 'Go Go' dancer from The Orange Time Piece on the centre rostrum.
Photo by Bob Catt

During the late 1960s and early 1970s, I worked under the auspices of David Packham as the official photographer for the Top Rank Centre and covered many events, mainly at the Ice Rink, which became my second home. 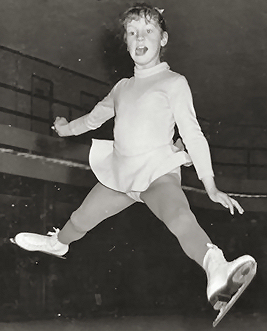 Young skater at the ice rink

Music for the skaters

During the normal skating sessions many parents required photos of their kids and particularly the skaters from the competitive figure skating and ice dance groups who would push hard to get a few minutes ice time. My pal John (Tommy Terrell) was resident DJ who split shifted with an organist providing music for the skaters and also playing requests, so he was kept pretty busy. I can’t remember the name of the organist, but I believe his daughter was the bar manageress.

When the disco, ‘The Orange Time Piece’ opened on the ground floor, John became resident DJ there. He was great and always provided the right music to keep the floor filled. Many of the regulars and staff may remember the warm summer nights we when would all cross the road to the beach and go ‘skinny dipping’ to cool off. Alternatively, we would fill our cars to bursting with passengers, and drive out to the open air swimming pool on the Under Cliff walk at Rottingdean.

The funniest charity walk was the night about 100 people volunteered to walk from Streatham Silver Blades to the Top Rank Ice rink. I do remember after finishing the walk having to get my car and drive almost half the way back to Streatham twice to pick up stragglers. There were many aching legs and sore feet that week as in those days no one trained or prepared themselves apart from maybe fortifying with alcohol, they just got out there and did it.