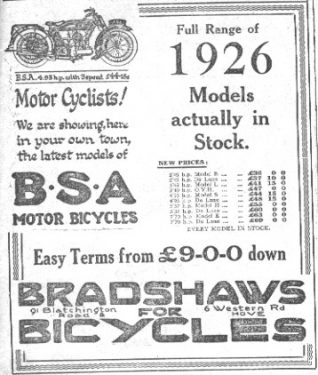 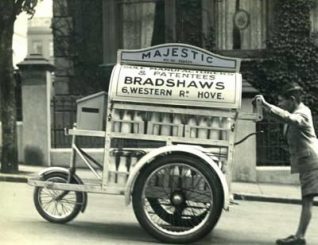 On 15th May 1896 “The New Hudson Cycle Company Ltd” was set up with capital of £50,000 in Birmingham. As they became more successful, agents were set up around the country and in 1898 such an agent opened at 6, Western Road Hove. By 1912 the premises had expanded around the corner with Farman Street, taking over numbers 1-3, formerly a picture frame manufactory.

In the 1920’s the agent became S.G. Bradshaw’s, taking its name from Samuel George Bradshaw, its proprietor. Bradshaw was an innovator and diversified into other products, most successfully devising the ‘Majestic Milk Pram’ for the dairy trade. This container came in 20 and 30 gallon sizes and was a common sight on Brighton’s streets. By 1928 another Bradshaw branch had been opened at 91, Blatchington Road, followed by a further at 70, London Road in the early 1930s.

In 1937, George Bradshaw presented twelve new cycles to the Brighton District Nurses Association at a ceremony presided over by the Mayor. By 1940 there were branches at 10, Terminus Road, Eastbourne, The Broadway, Haywards Heath and 1, Lansdown Place, Lewes. However, with the demise of the British motorcycle industry there came a downturn in the businesses fortunes, resulting in closure at the end of the 1960s. 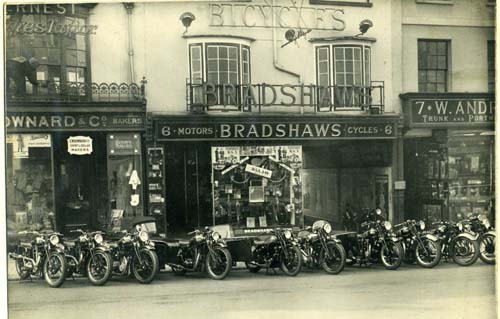 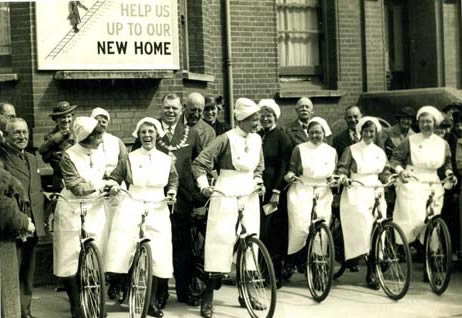 The Mayor with the Brighton District Nurses Association