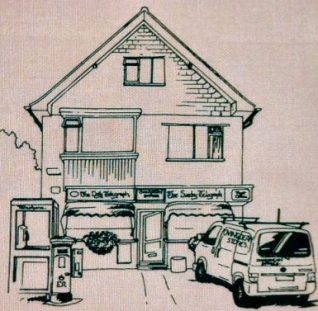 It is not entirely clear when the Village Store first opened in Longhill Road, but it is generally thought to be c1923 when it was run by Mr & Mrs Churchman. An old village resident remembered that the store was originally two railway carriages put together. Eventually these were moved and a quite basic building took its place; more of a shack really.  We do not have a date for the photograph here, but we  do know that the present building replaced it c1968. 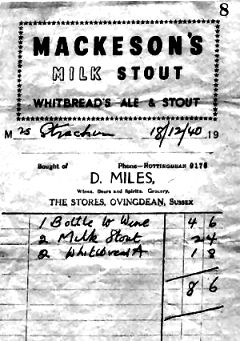 A receipt from ‘The Stores, Ovingdean’ – 1940 and Christmas was coming

By the 1930s apart from being a general store, it was also a rural post office which was seen as a very useful amenity for the village. Up till the late 1860s when a letter box was put in the wall of the Rectory in Greenways, there was a lady who lived in the cottages on Greenways who was a designated receiver of post. From its early days the village store was recognised not only as a useful amenity for local people, but also as a provider of  invaluable of information about the community.  From its beginnings to the present day, the store has been a quite extraordinary place where one can go in to buy a loaf or a newspaper, and come out having made a new acquaintance or met an old friend.

A reminiscence of the Village Store

“The village stores when I was a child in the 1950s, was a flat long bungalow which used to have a garden extending where the bungalow now standing next to it is now.  You used to have to walk up three steps to get into the stores.  When you got in it was just one long bar where one little lady used to stand and I remember having to be on my tip-toes to see over the counter. I used to go up there shopping for my mother and put everything in my saddle-bag.  I used to get sugar, bread, butter, flour the basics – tin of baked beans – tin of Carnation milk – tin of Nestles condensed milk.  I think actually that after the war the children’s orange juice, cod-liver oil and the syrup of figs – which I used to hate – all came from the stores”. 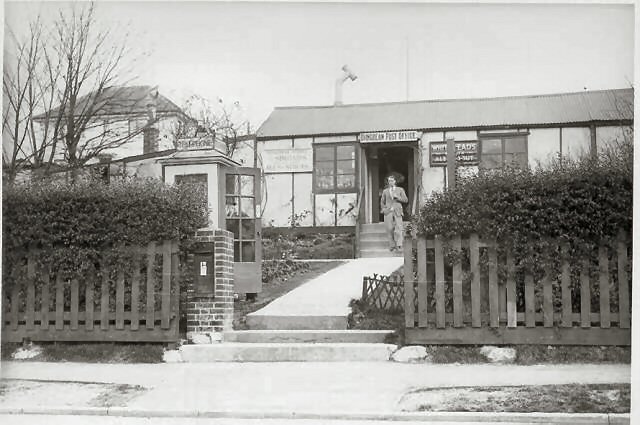