After a lengthy history of dispute and discussion regarding the future of two of Brighton’s oldest buildings, the newly named ‘Hannington’s Lane’ officially opened last month. Timpson’s shop at 15 North Street, which had a history of continuous commercial use since the 1770s, was demolished in order to construct new access to The Lanes. The demolition also made it possible to see ‘Puget’s Cottage’ an older building which is one of Brighton’s historic gems, to be fully revealed from behind the shop.

Who was John Puget?

So who was ‘Puget’? John Puget (1802-67) was a Brighton philanthropist involved in a number of local charities. He founded the ‘Puget School’ behind the Countess of Huntingdon’s Chapel in 1839, but apparently, that was the sum of his involvement; there is no evidence that Puget was in any way further connected with the building. The cottage stood where it is long before the school was built; Puget’s name may have been used in order to identify its location.

Puget’s Cottage, which was originally a two-storied building. contains a significant proportion of late17th century or early 18th-century fabric. The building was heightened and extended in the later 18th century; this can clearly be seen on the photograph here of the North Street entrance to the lane. Part of the cottage walls are constructed of unusually large cobbles and some ironstone, which were not local to the area, but used by ships and discarded on the beach, where it could be collected as ballast and used by local builders.

The curve in the external wall of the property reflects the shape of a strip field known locally as a ‘paul piece’. English Heritage described the cottage as a  very rare survivor; an old town building which pre-dates the mid 18th century, the later development of Brighton as a seaside resort, and the patronage of George Prince of Wales, later George IV.

The earliest occupants may have been farmers or possibly seafarers, as it is known that a number of master mariners owned properties on the south side of North Street, prior to the great storm of 1703. Those properties were still in the ownership of these families in 1744. History also records the existence of surrounding gardens, probably market gardens which are referenced in the ‘living wall’ on the cottage.

Old and new blended together

Although there were those who sincerely bemoaned the loss of 15 North Street and its obvious historic value as the oldest commercial premises,  In local architects Morgan & Carn Partnership’s uniquely designed environment using local materials, every shop front, elevation and colour has been individually designed. It is regeneration that respects our heritage, but at the same time is forward-looking; old and new blend together to maintain the history and character of The Lanes. 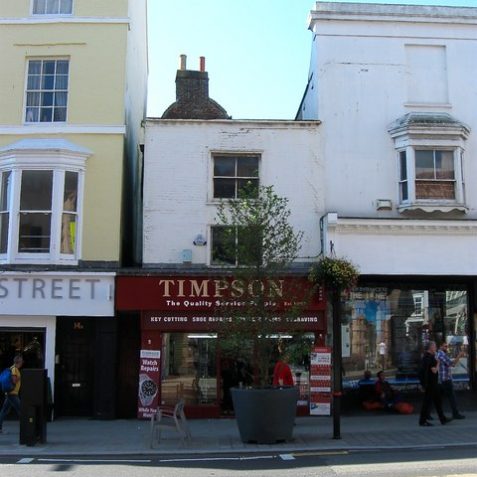 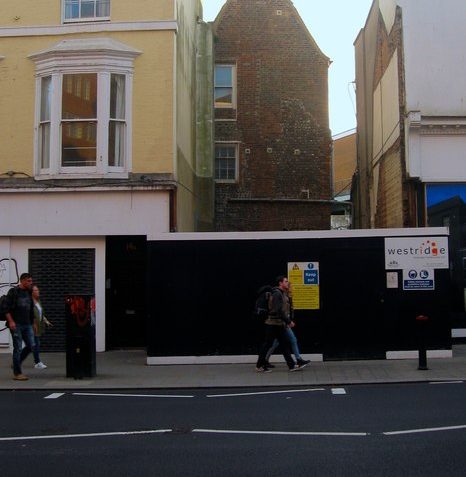 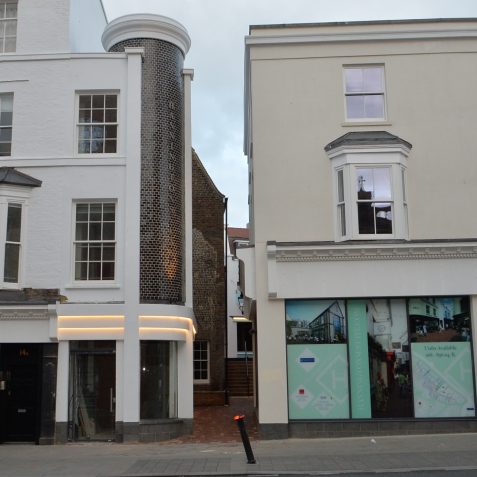 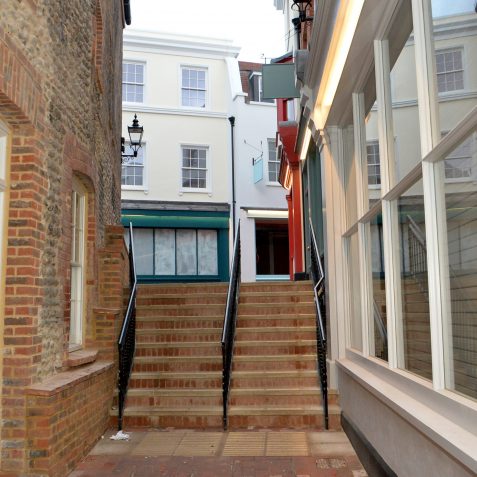 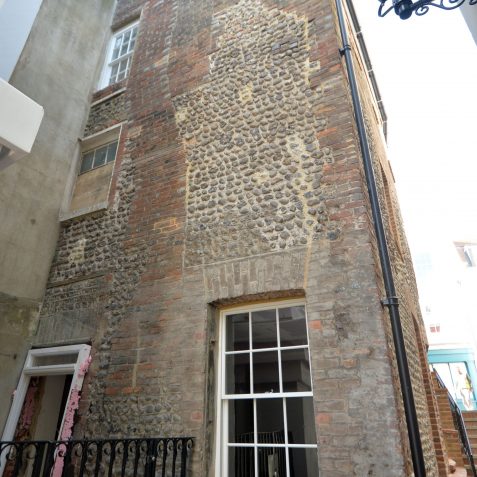 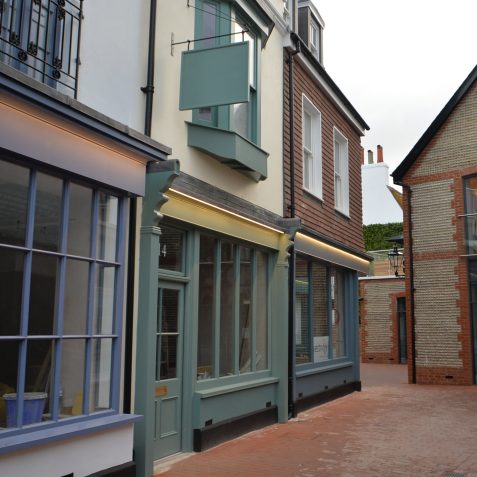 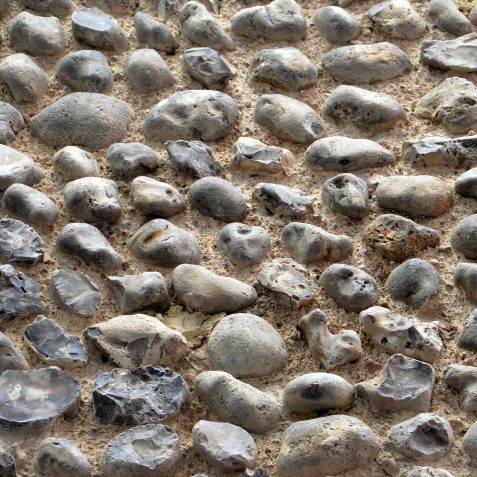 Wall constructed of large cobbles, incorporating some pieces of ironstone
©Tony Mould : My Brighton and Hove 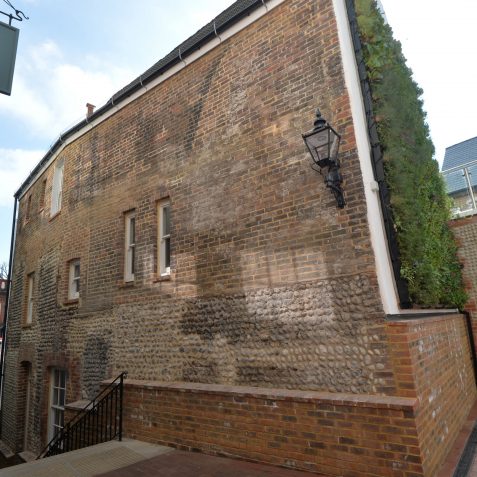 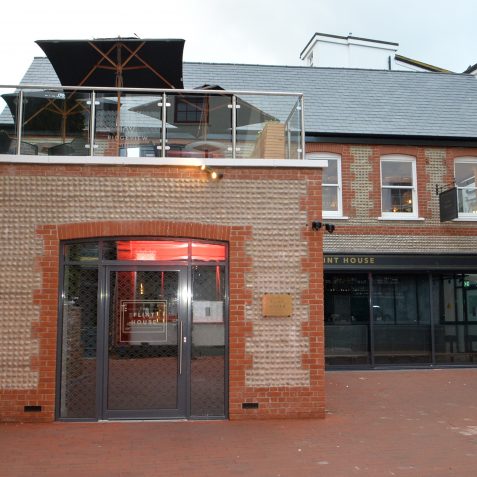 The Flint House - restaurant and bar.
©Tony Mould : My Brighton and Hove 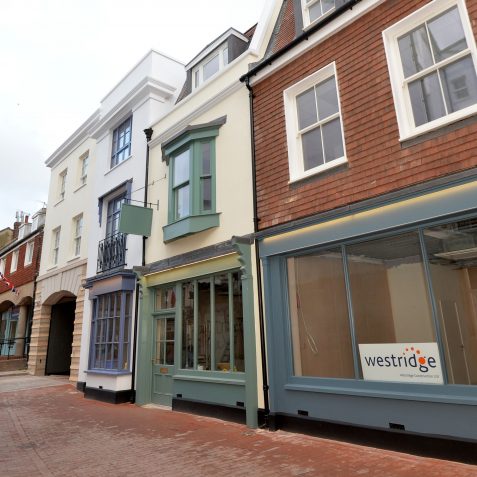 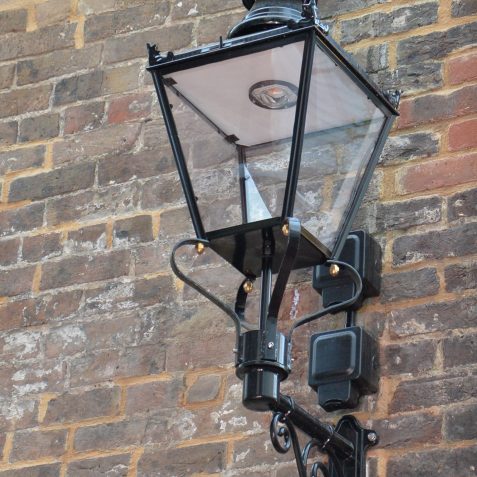 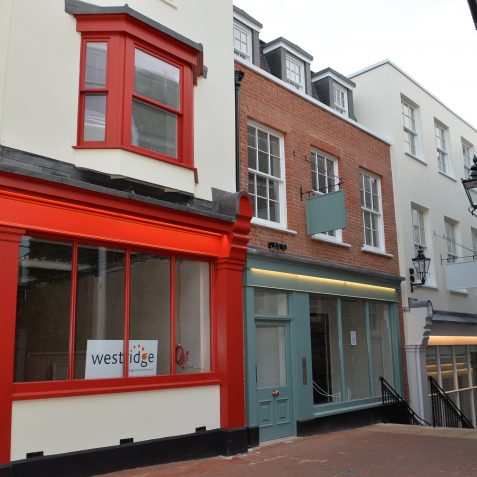