The first stand erected in 1788 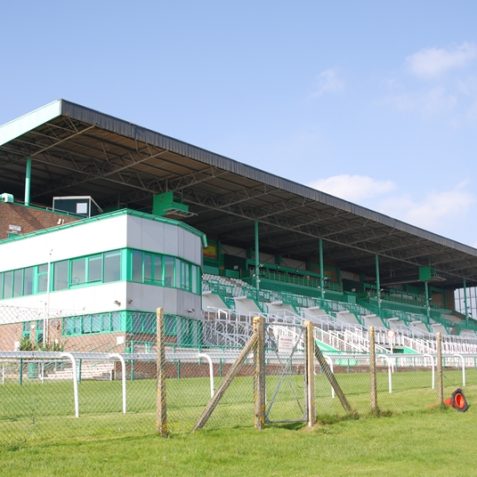 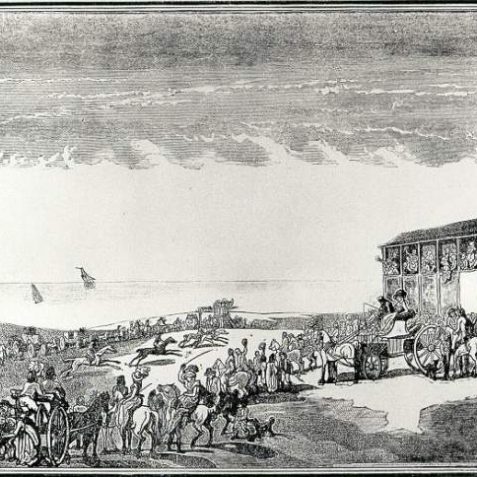 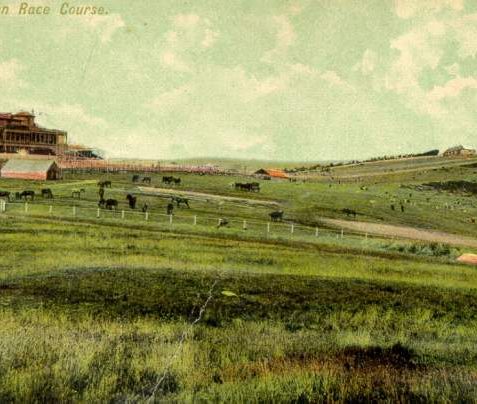 Brighton Race Course, c. 1905: This view of the Race Course shows horses and sheep in fields adjacent to the course itself. The race stand was built in 1851 and substantially developed in 1866 and 1871 when southern and northern wings were added. To the right Belle Vue Cottages can be seen as can the Race Hill Mill. This white post mill was moved to the site in from Albion Hill between December 1861 and January 1862. It collapsed on 16 May 1913 after several years of disuse.
Image reproduced with kind permission from Brighton and Hove in Pictures by Brighton and Hove City Council 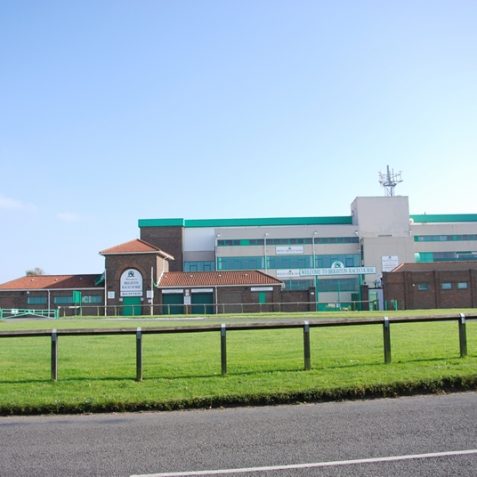 a) ORIGINS: Although informal challenge races were run on the springy turf of White Hawk Down, Brighton racegoers resorted to Lewes Races from 1751 where they established the Brighthelmston Plate race, valued at £50, in 1774. In 1783 however, a group of leading inhabitants including the Duke of Cumberland, Marquess of Queensberry and Earl of Egremont organised the first Brighton Races on 26-27 July. The town offered prize money of 30 guineas for three separate races, each the best of three heats of two or four miles run over White Hawk Down; this area then became known as the Race Hill.
The Prince of Wales visited the second meeting on 2-3 August 1784 and became an enthusiastic follower. Brighton Races then became a very fashionable resort, and the annual meeting was increased to four days in 1786. The first stand was erected by subscription in 1788, an open-fronted structure holding about twenty-four people in four boxes. It burnt down on 23 August 1803 but was replaced the same year.
The course itself was unenclosed and stretched 1 mile 1,585 yards in a hairpin across Race Hill to Bear Road and back. The area known as the Race Ground was granted to the town on 22 April 1822 by T.R.Kemp, Charles Scrase and a number of other landowners, and in 1861 was marked with a series of boundary stones which may still be found along the course of Whitehawk Road, Haybourne Road and northwards to Bear Road; in the Bear Road cemetery wall; in the walls of the General Hospital and the adjacent reservoir in Freshfield Road; and at the northern ends of Queensway and Whitehawk Hill Road. Each stone bears the numerals ‘105.0.30’, the area of the Race Ground being 105 acres, 0 rods and 30 poles.

b) THE RACE STAND TRUSTEES: Fashionable society continued to attend the race meetings until the 1840s when the railway started to bring unsavoury elements down from London during race week. The race committee, which had been established by the vestry in 1828, was short of funds to pay winners by 1848. To solve these difficulties, the ‘Race Stand Trustees’ were established in 1849-50. Having purchased the old stand for £360, they erected a new stand, designed by town surveyor Allan Stickney, in August 1851, made several other improvements to the course, and introduced strict regulations. The London, Brighton and South Coast Railway Company, which carried many people on excursions to the races, contributed £100 to the purchase of the old stand and also £200 annually to the race fund. The present course also became established at this time, stretching into Ovingdean parish where agreements were reached with the landowners. The reputation of Brighton Races was regained following the improvements and attendances swelled, allowing a southern wing to be added to the stand in 1866, and a northern wing by 1871.