You are here: HomenextPlacesnextSportsnextHollingbury Park & Golf Clubnext9- 1920's & 30's views around the course 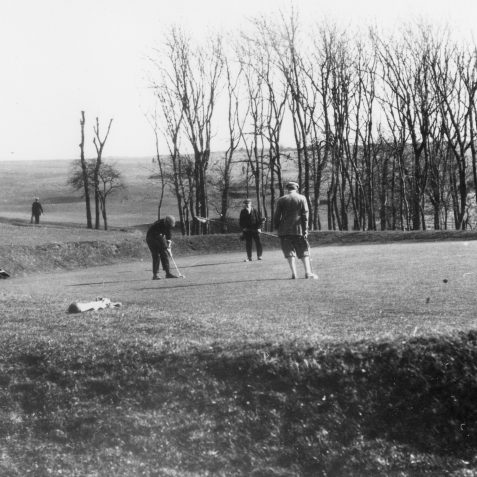 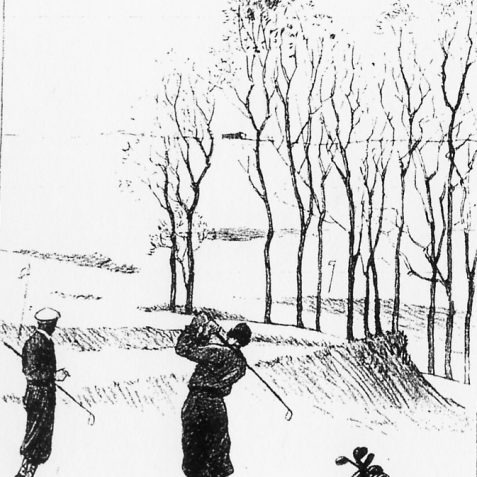 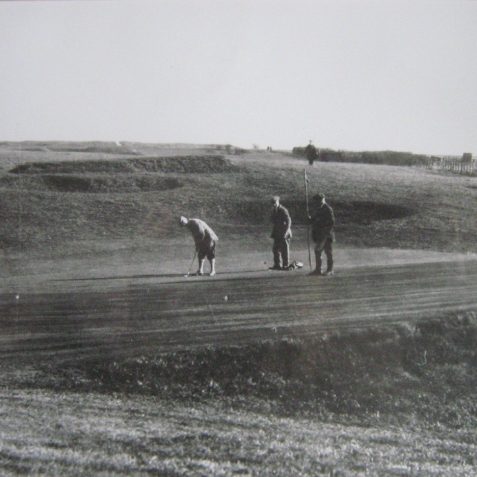 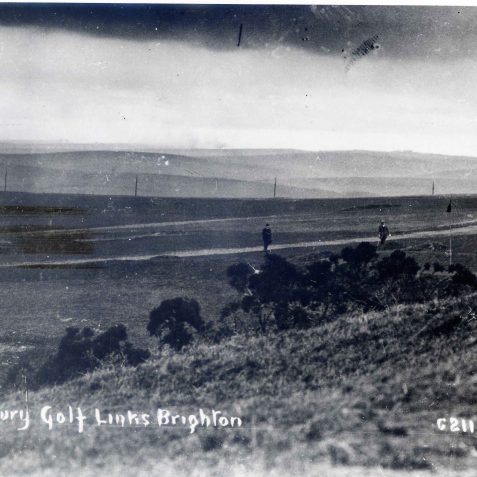 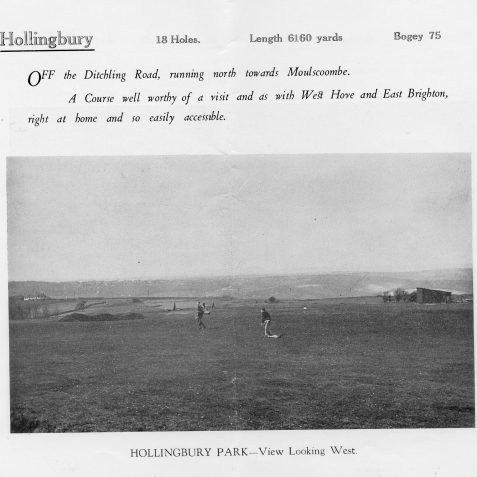 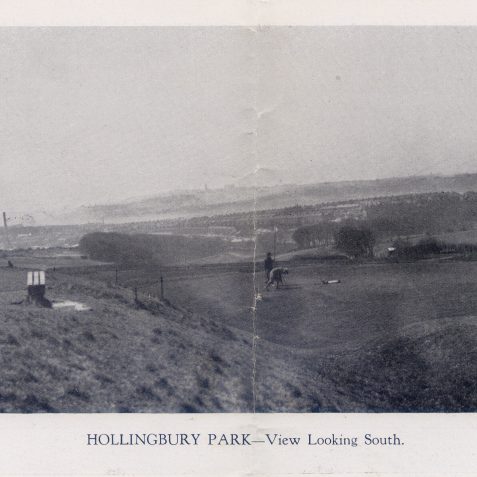 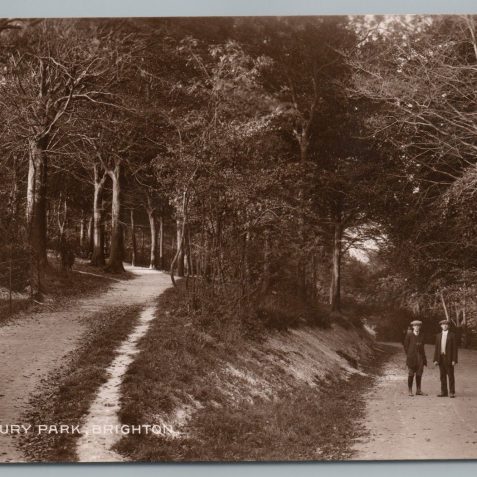 The road to the club house through Hollingbury Woods
HPGC Archive 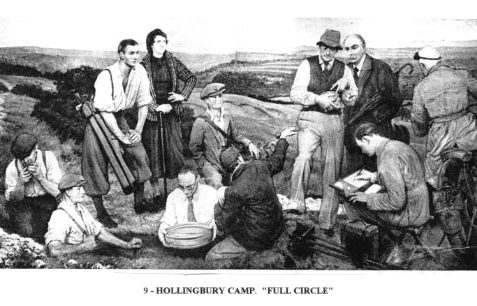 The layout of the course

The pictures of the 12th & 13th holes are in the 1922 layout of the course.  The footprint of the tee & green can be found in the rough between the road to the clubhouse and the right of the 18th fairway. The 13th green is about where the 18th green is today. The view North shows the Ditchling Road as what looks like a track – it looked like a storm was brewing!  The footprint of the green in the photo can be found in the rough between the 16h fairway and the Ditchling Road.

Paths through the woods

The mid-1920’s picture of the road to the club-house through Hollingbury Woods to Lower Roedale is taken from a postcard, not much to write home about, the paths through the woods look very much the same today. Many of the features of former layouts of courses can be found today, particularly through the winter when the rough has died back.

Louis Ginnett painted murals in his old school, now Brighton, Hove and Sussex Sixth Form College (BHASVIC), showing detailed scenes symbolic of Sussex’s role in English history. The final Panel 9 ‘Hollingbury Camp, “Full Circle” shows an archaeological excavation of the Camp.  It should not be taken literally as there were no excavations in the 1920’s and the headmaster is included in the painting – no human remains have been found in any of the archaeological excavations.

Just before the opening of the new course, there was an unusual gathering: Rogation Sunday 21st May 1922 – Service on Golf Links Processions formed from the six local churches, St John’s Preston, St Matthias, St Augustine’s, St Saviour’s, Florence Road Baptist Church, Stanford Avenue United Methodist Church.  They made their way to Hollingbury Park Golf Course where a vast crowd estimated between 4,000 to 5,000 gathered, a bunker served as a platform from which prayers were offered and hymns were sung along to the ex-Service Men’s Band.