The area of Brighton once known as The North Butts was initially used for market gardening, but around 1808, it began to be built on as Brighton extended northwards to Marshals Row.  Although building ceased temporarily in the 1820’s, by 1840, the railway had arrived and some small scale development was again taking place a little further north on Rose Hill.  Plans for Baker Street were also in hand by then, but its out of town centre position meant that occupancy did not pick up until around 1848.  That development included a spur road parallel to London Road called ‘Little Baker Street’, which was soon renamed Chichester Street and became Kingsbury Street later.

One of the earliest residents was John Vigor, a seedsman, who remained at 1, Baker Street until the mid 1870’s.  The first pub, ‘The Mitre Tavern’ at number 13, was founded by former wheelright, James Packham around 1853. By that year Baker Street had developed into a thriving street of shops and artisan’s houses, and was favourably responding to Brighton’s ever growing need for accommodation and the many local services so important to the town’s further urban expansion.
The above written by my colleague Andy Grant

My father moved from Hays second hand furniture shop, at 15-16 Edward Street, which was owned by his in-laws between 1913-1935. and opened his own second hand furniture shop at 23B Baker Street in 1931-1934. It was just before the Depression when few people were buying new items. So business was initially brisk, but eventually hardly anyone was buying anything at all. 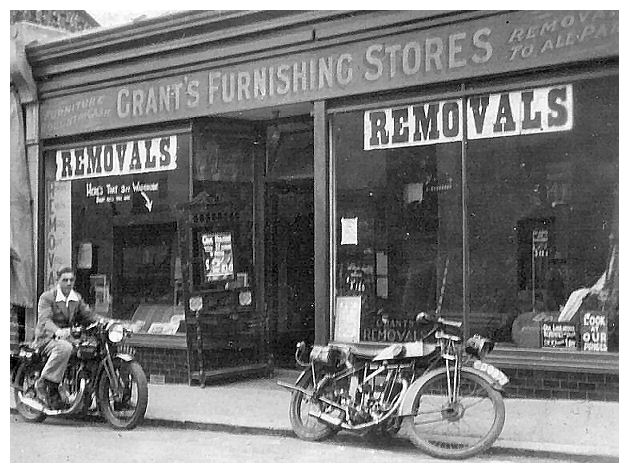 Dad kept the business going by collecting London newspapers from the station, doing deliveries and removals and using his lathe to level off the worn areas on the wooden rollers on Acme mangles.  Eventually my parents moved to a smaller shop at 101 Gloucester Road which had the added advantage of accommodation over the top for the family. 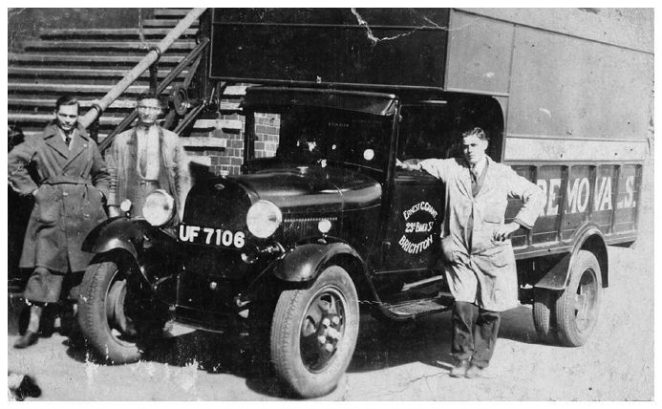 Taken over by Champion’s

Their former shop in Baker Street was taken over by the Champion family, and no doubt many of you born locally and reading this have either purchased or have been pushed around in a perambulator bought from that very establishment.