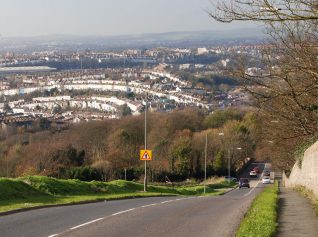 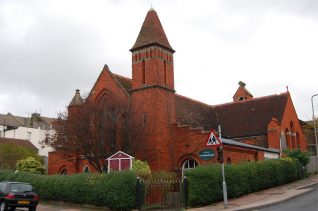 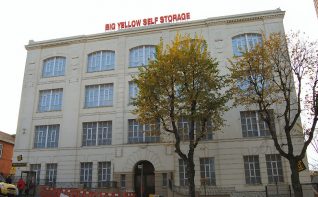 zoom
The Big Yellow Self Storage
Photo by Tony Mould 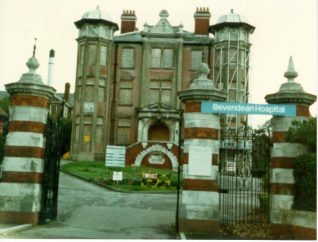 zoom
Bevendean Hospital originally opened in 1881 as a smallpox sanatorium. The main buildings were erected in 1898, and the institution became the Brighton Borough Hospital until it was taken over by the National Health Service in 1948. It then became Bevendean Hospital, and continued to treat patients until April 1989. Most of the buildings have been demolished and a housing estate has been built on much of the site. The Sussex Beacon hospice and continuing care centre for people with HIV/AIDS is also within the former hospital grounds.
Image reproduced with kind permission from Brighton and Hove in Pictures by Brighton and Hove City Council 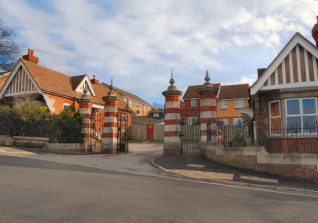 Bear Road has an average gradient of 1:11 and a maximum of 1:8, and formed part of the boundary between Brighton and Preston until 1928; it took its name from the Bear Inn, a centre for bear- and badger-baiting in the late eighteenth century for the ‘entertainment’ of visitors. (Bear-baiting was legal until 1835.) On Bear Hill to the north of Bear Road, at a site approximating to 89 Ladysmith Road, once stood the Bear Mill, a white post-mill with a round house and cloth sails; it was erected in around 1810 and stood until about 1903. Near the police aerial mast at the top of Bear Road stood the Race Hill Mill. Also a white post-mill, it was moved to the site over three weeks in December 1861 and January 1862 from Albion Hill where it had been known as the Park Mill. However, it collapsed on the morning of 16 May 1913 after being disused for several years. {15,109,249a,249b}

The area to the north of Bear Road, sometimes known as East Preston as it formed the easternmost part of that parish, was developed from the early 1900s and many of the road names have Boer War connections. The parish church of the area, St Alban’s in Coombe Road, was built in 1910-14 by Lacy W.Ridge in Early English style; on 15 May 1974 the parish was merged into the new parish of the Resurrection. The parish room at the corner of Bear Road and Riley Road was built in 1902-3 and is now a polytechnic annexe. The lower part of Coombe Road is dominated by two large factories on either side of the road. The southern one (Tyreco Ltd) was erected in 1917 for Oppenheimer diamond merchants but was taken by Allen West and Schweppes in 1927 and later by CVA Tools. The impressive factory opposite was erected in 1918 as another diamond factory but is now the home of Dentsply, one of Europe’s largest false teeth manufacturers. {1,83,311}

The buildings of the former Bevendean Hospital still stand in Bear Road and Bevendean Road, and originally opened in 1881 as a smallpox sanatorium. The main buildings were erected in 1898, and the institution continued as the Brighton Borough Hospital until taken over by the National Health Service in 1948. Bevendean Hospital closed to in-patients in April 1989 and is scheduled for redevelopment as housing. See “Hospitals and Dispensaries” for full details.

The land to the south of Bear Road is mostly taken up by three cemeteries, fully described under “Cemeteries”.