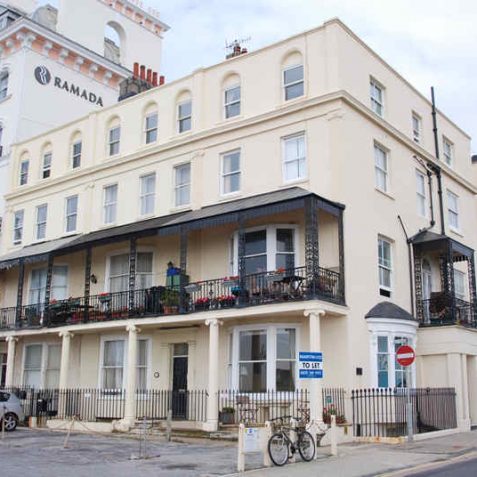 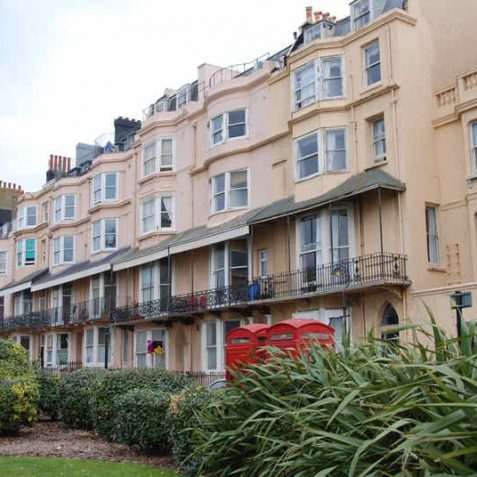 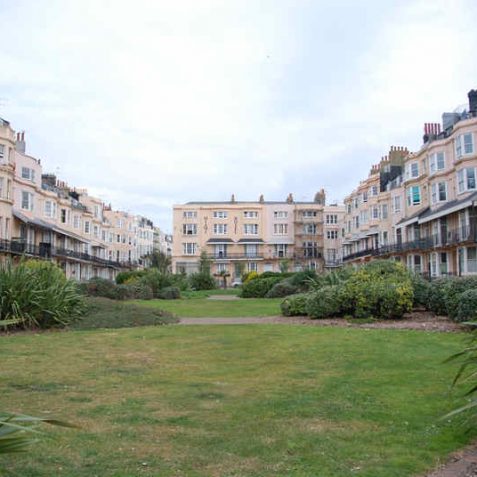 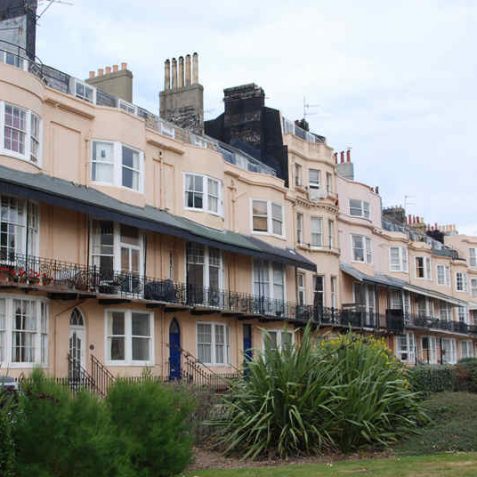 b) BEDFORD SQUARE: The construction of this, the earliest of Brighton’s squares, was commenced in about 1801. By 1814 twelve houses had been erected, and Bedford Square was completed in 1818 with forty-two houses; nos.1-3, with fluted Ionic pillars and verandahs, are now numbered 148-146 King’s Road, and nos.40-42 are 145-143 King’s Road, The Brighton Hotel. Designed in the main with bows, ironwork balconies and verandahs, nos.1-16, 21-26, 27-31 (the most distinguished) and 32-39 are all listed buildings; many are decorated with pilasters but have no capitals. Most of the houses were let to visitors, but no.3 was occupied for several years from 1823 by the landscape-gardener Henry Phillips, the man responsible for the Kemp Town enclosures. The Bedford Square garden covers 0.45 of an acre and became corporation property in May 1887 following the 1884 Brighton Improvement Act.