Developed on the Hempshares c17th century 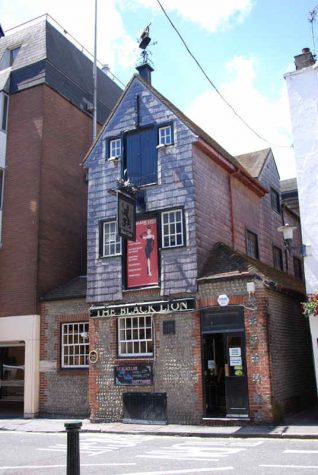 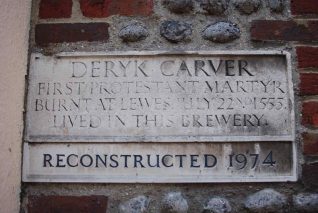 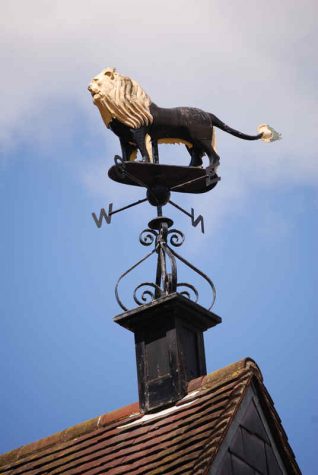 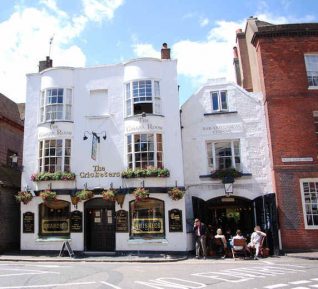 c) BLACK LION STREET: Developed on the Hempshares from the seventeenth century, Black Lion Street originally included what is now the southern arm of Meeting House Lane, and was considered a fashionable locality by the late eighteenth century; the eastern side, backing on to the market, was not so sought after, however {10}. It has now been almost completely redeveloped with Bartholomew House, a 200-space underground car-park and the Hospitality Inn on the eastern side, and the extensions to the Old Ship Hotel and Moore House on the western side.

One of the few remaining old buildings is the Cricketers Arms, now the oldest public house in the town centre and a listed building. It probably dates from the seventeenth century when it was known as the Last and Fishcart, a ‘last’ being a measure of 10,000 herrings. In 1790 a Mr Jutton became landlord and, being a keen cricketer, gave the inn its present name.  The three-storey, bowed facade was added in 1824, but the cobble-fronted north wing dates from the late eighteenth century; below is the Green Yard, an area used as an animal pound as late as 1882, which still has part of a securing chain and a list of stable charges. {15,44,47}

Adjacent to the Cricketers is the Black Lion public house, a recent reconstruction of the Black Lion Brewery. Named after the Black Lion of Flanders, tradition has it that this brewery was established in about 1546, together with the Black Lion Inn, by Flemish immigrant Deryk Carver who grew hops on the Hempshares. The inn originally stood on the eastern side of the street near the cliff top, adjacent to the market place, but by 1789 it was known as the Thatched House and a new Black Lion Inn had opened to the north sometime since 1745, moving perhaps as the market was removed to the Bartholomews. It was demolished in the early nineteenth century.

It is possible that the original brewery may have also stood near the cliff top and moved to its later site opposite the second inn; certainly the buildings appeared to date from around the early eighteenth century and were considerably altered over the years, but portions of flint and rubble walls in Black Lion Lane and extensive cellars were retained which may have been from the original sixteenth century buildings. Having been used by Chapman’s Brewery until 1902, the building was later used by the Rock Brewery and then by Fremlins as a store. Using water from a 54-foot well, it was said to be the oldest brewery building in the world but closed in 1968 and was demolished a few years later. In 1974 an exact facsimile of the oldest part, using many of the original flint cobbles and slates, was erected as a new Black Lion public house. The ground floor, faced in cobbles and brick, supports two upper storeys hung in slate and the original eighteenth-century black lion weather-vane; the original flint and ashlar cellars, dating perhaps from the sixteenth century, remain below ground level.
{10,18,44,123,275}

Carver himself was the first Protestant to be martyred under Mary I. He and several others were arrested in October 1554 for reading the Bible in English and was taken to Newgate Gaol in London where he was found guilty of heresy. Refusing to recant, he was sentenced to death, and on 22 July 1555 was burned in a barrel outside the Star Inn in Lewes High Street, flinging his Bible into the crowd as a final gesture; James Launder, arrested at the same time, was burnt at Chantry Green, Steyning, on the following day. A memorial to sixteen Protestant martyrs was erected on Cliffe Hill at Lewes in 1901, and this event lies behind the burning of effigies of the Pope at the annual Bonfire Night celebrations in Lewes. {3}