Formerly known as 'The Knab' 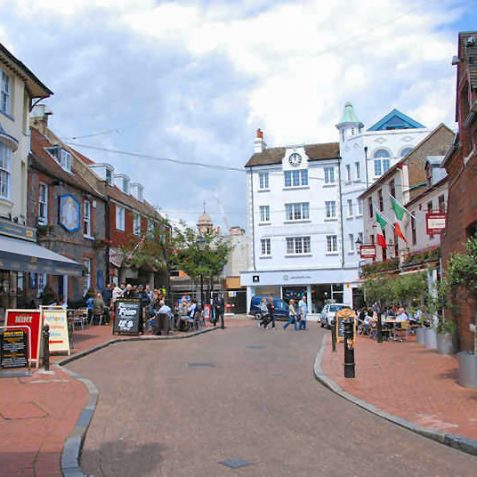 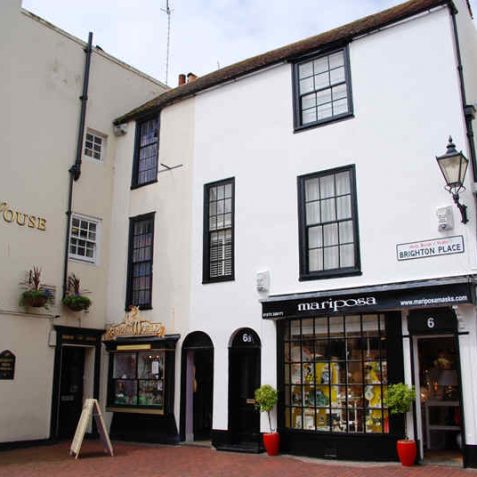 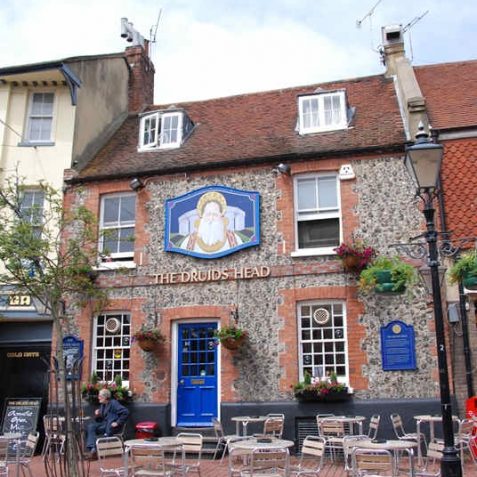 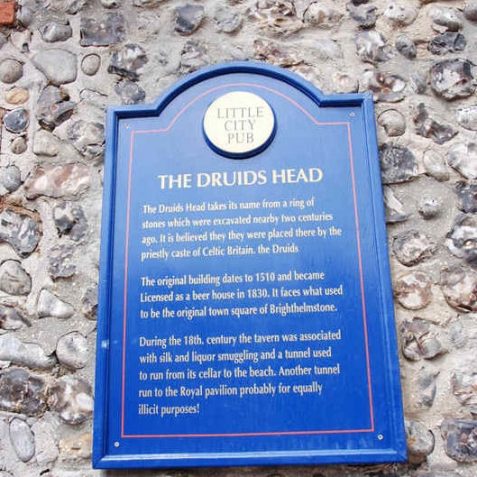 e) BRIGHTON PLACE: Brighton Place stands on a slight eminence nearly twenty feet higher than East Street. Formerly known as the ‘Knab’, the ridge had buildings on it by the seventeenth century, and further development occurred from the late eighteenth century when houses were erected for the workers who serviced the prestigious developments in the East Street, Castle Square, North Street and Steine areas; the Knab also supported one of the town’s wells. {10,18,47}

A few listed buildings from the later development period remain. Nos.5-6 and 7-8 retain their glazing bars, and no.6, known as Market House, bears the inscription ‘God Bless George IV’, probably made at the time of the coronation in 1821. The Druid’s Head, faced in knapped flint with a steep tiled roof, was established as a public house in 1825 although the building is somewhat older. It is said to be haunted by the ghost of a man who died in a now blocked cellar passage {123}. The northern end of Brighton Place is dominated by the Victorian buildings of Hanningtons store. The Brighton Place roadway was pedestrianised along with Market Street in February 1989.