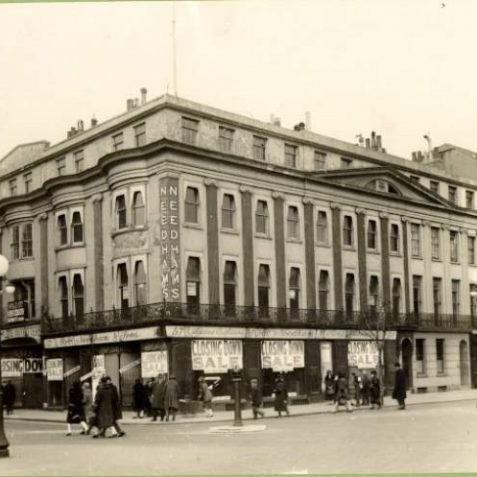 Needham's Closing Down Sale, c. 1930: Needham's closing down sale with pedestrians and ornate street lamps in a traffic free Castle Square. Needham's department store occupied 14-18 Castle Square and 57-58 Old Steine. It was demolished in 1930 and Electric House was built on the site.
Image reproduced with kind permission from Brighton and Hove in Pictures by Brighton and Hove City Council 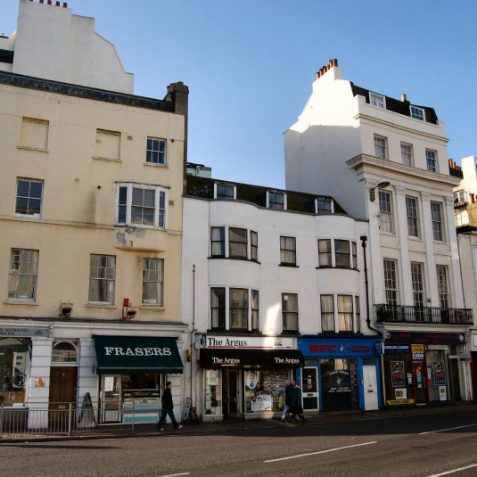 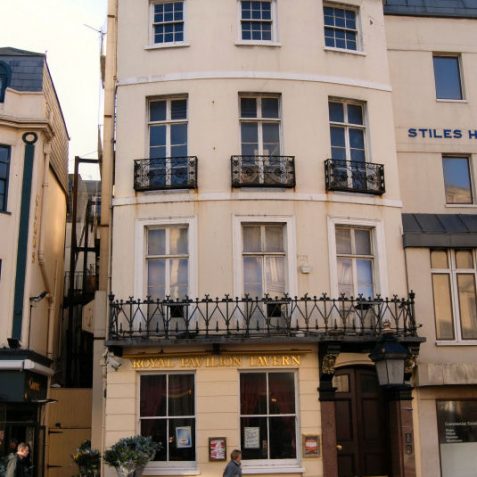 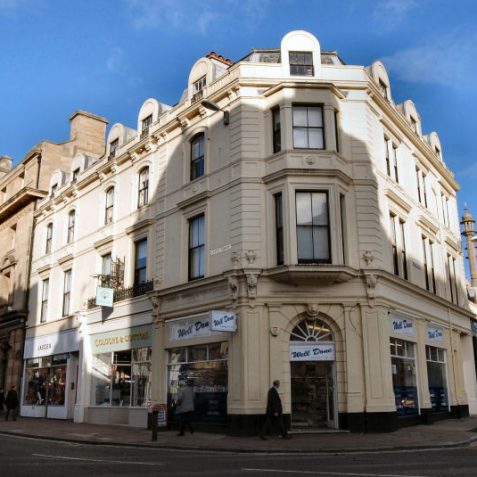 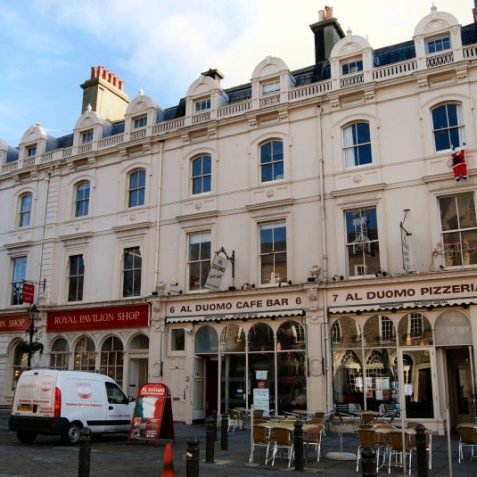 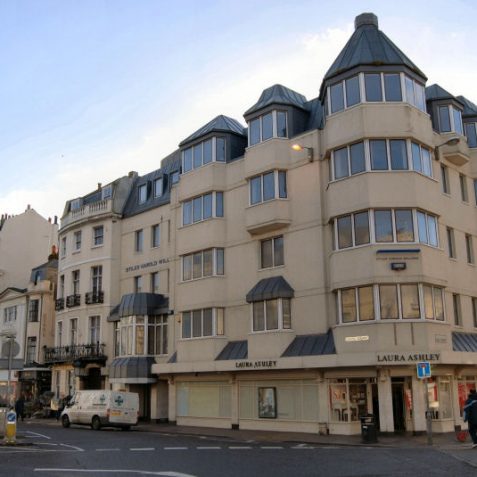 Castle Square became the commercial hub of the town in the late eighteenth century when the Castle Inn (q.v.), after which the square is named, became established. When the inn was demolished in October 1823 the square was opened up into a broad thoroughfare which became the main coaching centre of the town and later the terminus of the many horse-bus routes. A number of early banks were also established in the square and its immediate vicinity. {14}

Nos.1-8 on the south side are all listed buildings. No.1a faces the Steine and was probably designed by Wilds and Busby in the 1820s, as was no.4, a narrow four-storey building with balcony and pilasters; nos.2-3, with bows, date from slightly earlier, while nos.5-6 were probably erected in the late eighteenth century. At the corner with East Street is Castle Square House, a five-storey development completed in 1985 in an interesting style by Fitzroy Robinson Miller Bourne. {44}

The Royal Pavilion Tavern, nos.7-8, was established in about 1816, but was altered somewhat in 1820 by A.H.Wilds; it has a shallow bow-front and an ironwork balcony adorned with dolphins. In Steine Lane at the rear of the tavern are the Pavilion Vaults Wine Bar and the Shades Bar. It was upon the latter that former proprietor Edmund Savage erected a sign referring to a ‘Gin Palace’. Mrs Fitzherbert, residing opposite in Steine House, objected to this and so Savage substituted the word ‘shades’ which subsequently became a local word for a bar. Whether it was used because it was in the shade of Steine House, or because of the shady nature of the business is not clear! No.1 Steine Lane, also part of the tavern, is a four-storey listed building with a good doorway of the late eighteenth or early nineteenth century. {15,18,44}

Standing on the northern side of the square is the Royal Bank of Scotland, an elegant Art Deco building decorated with the borough arms. Originally known as Electric House, it was opened on 20 January 1933 as offices and showrooms for the corporation’s electricity department (see “Electricity Supply”). It was built on the site of Needham’s Stores and some four-storey houses which were themselves erected on the site of the Castle Inn. {26}