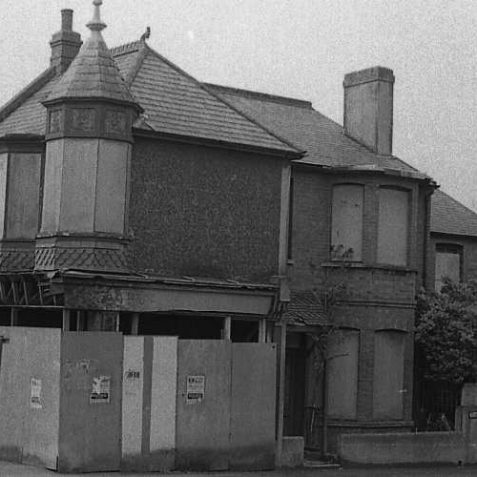 From the private collection of Ray Hamblett 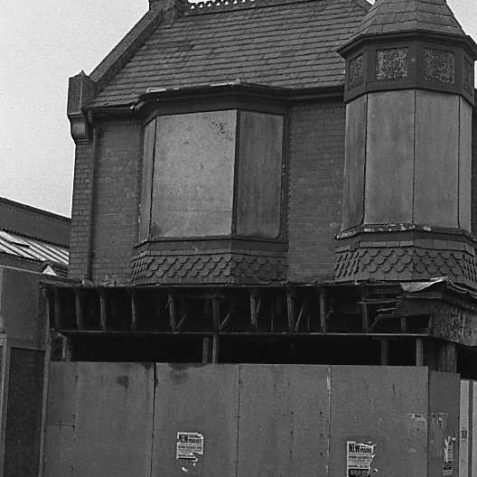 taken about 1975
From the private collection of Ray Hamblett 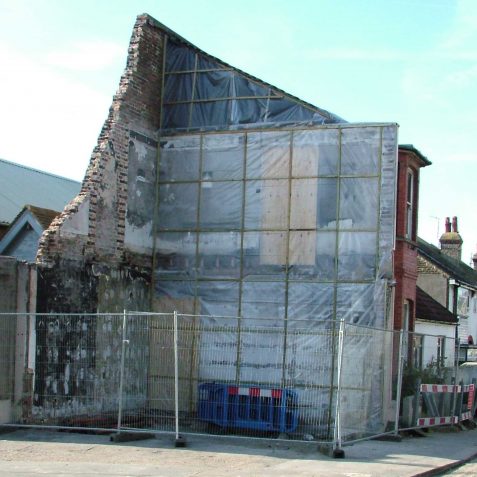 The building with the distinctive round tower is at the junction of Eastbrook Road and Church Road, South Portslade, was originally a chemist in the 1930’s era, as recalled by my father-in-law Bernard Langrish.

In the early or mid 1970’s it was almost destroyed by a fire, then the shop and adjoining residence was taken over by the Harvey family who still run the theatrical costume shop in Trafalgar Road (as far as I know). In October 2007 it was again badly damaged by fire and has had to be demolished.

Any further memories or details of this building would be most welcome..