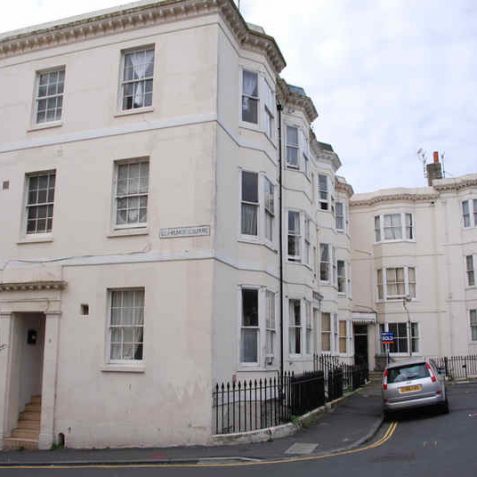 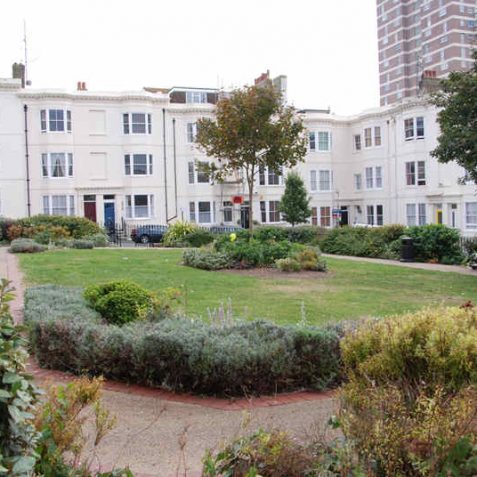 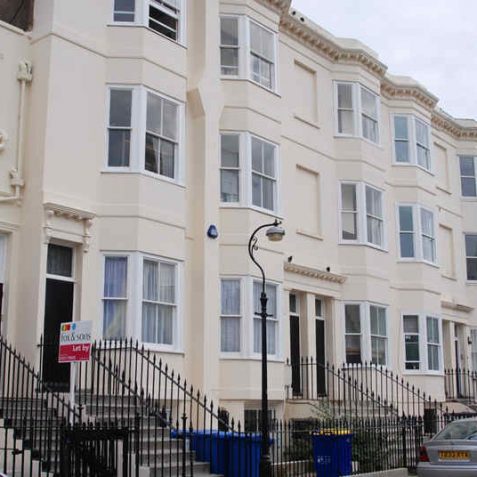 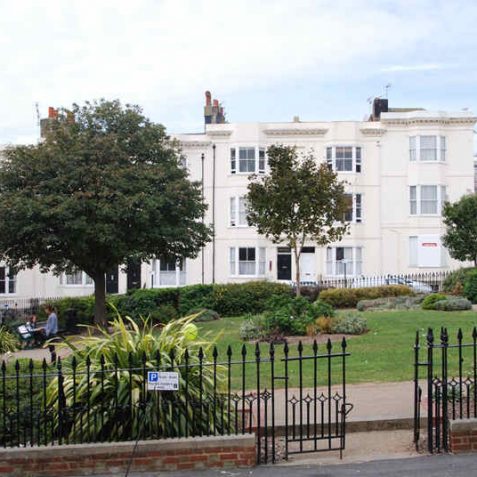 e) CLARENCE SQUARE: The four-storey buildings on the northern side of the square were erected in the 1800s as Clarence Place, with the shop-fronts of Western Road added later in their gardens, but the other sides were not completed until the 1820s. With most of the houses refronted in the mid nineteenth century, the square is not particularly distinguished; the only houses of especial merit were demolished in the 1960s for the widening of Cannon Place. The gardens were taken over by the corporation following the 1884 Brighton Improvement Act.
At the western end, the cottages of Clarence Gardens lead to the Studio Theatre, a small, classical building built in about 1830 as the Clarence Baptist Chapel. From about 1852 until 1884 it was the Christ Church Infant School, and was then used as a mission hall, but in 1899 it became an art school and gallery before being converted for the Brighton Little Theatre Company in 1940. It has a tiny stage and room for an audience of about eighty.