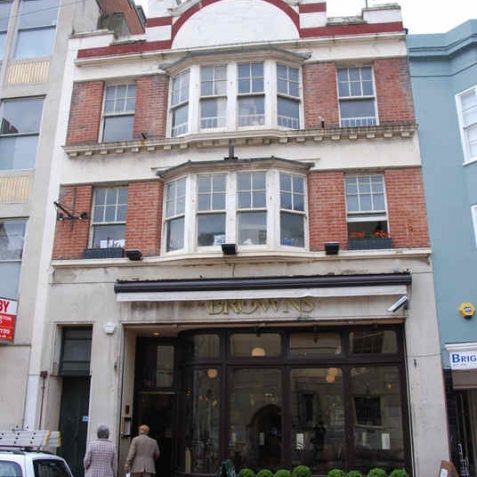 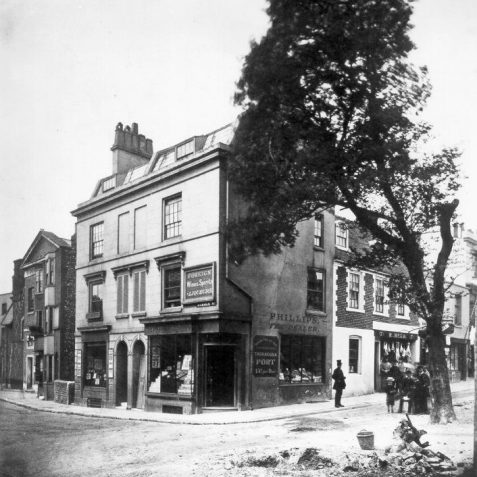 Corner of Middle Street and Duke Street, c. 1890: Corner of Middle Street and Duke Street, showing the shopfront of Phillips Tea Dealer, "purveyor of Tarracova Port and foreign wines, spirits and liqueurs". A group of people stand under a tree. A basket stands next to a crater in the road.
Image reproduced with kind permission from Brighton and Hove in Pictures by Brighton and Hove City Council 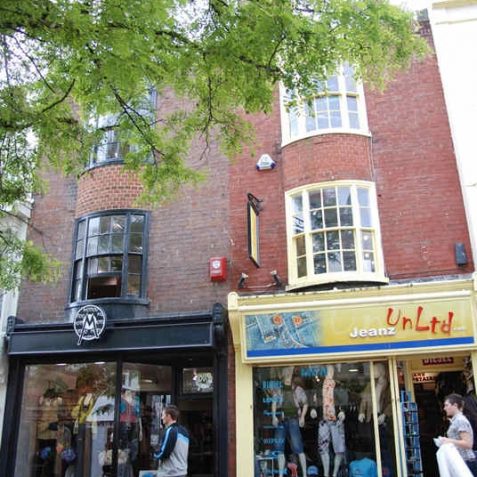 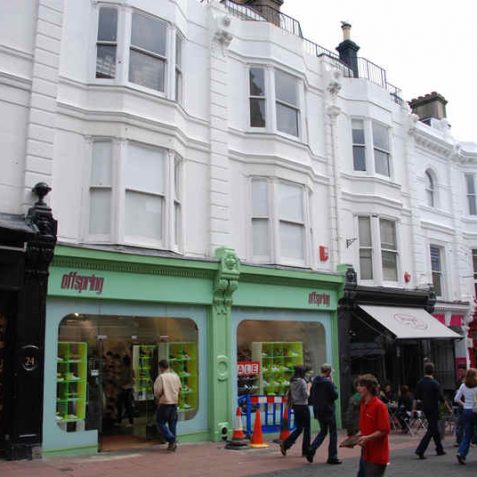 h) DUKE STREET : Originally known as Cragg’s Lane, Duke Street was first developed in the late seventeenth or early eighteenth century, but only a few buildings are now recognisable as dating from before the middle of the nineteenth century. No.4, Browns Restaurant, was the fire station of the Brighton Volunteer Fire-Brigade from 1875 until 1921. Nos.12-13 retain their early-nineteenth-century facades of narrow bows, while the listed no.37a, in a courtyard opposite Middle Street , is an unusual weather-boarded house of around 1780 with a bow. The town’s theatre stood on the northern side of Duke Street to the west of Middle Street from 1790 until 1806 (see ” Theatres “), but the present buildings on the northern side were erected following a corporation widening scheme in 1867; nos.24-31 form a three-storey terrace with angular bays and lion head decorations. The widening also exposed the ugly southern facade of the HolyTrinityChurch, now the BrightonHeritageMuseum.
Duke Street was pedestrianised to the west of Middle Street in April 1983 (formally opened 10 May 1985), and now forms one of the most attractive shopping areas of the town.
{10,44,108,123}