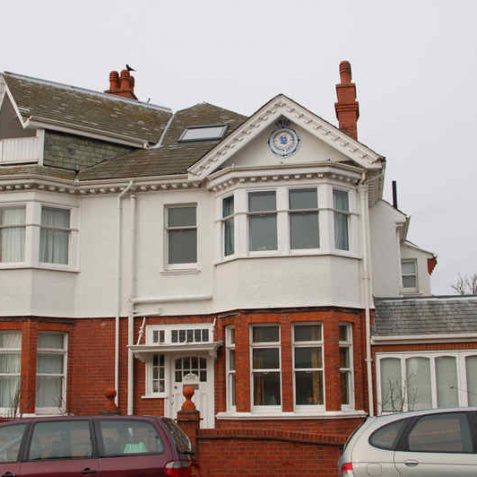 238 Dyke Road, showing replica of the FA Charity Shield in the gable.
Photo by Tony Mould 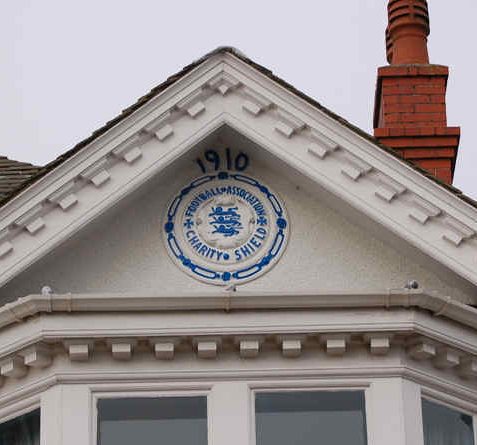 Close up of the replica shield
Photo by Tony Mould 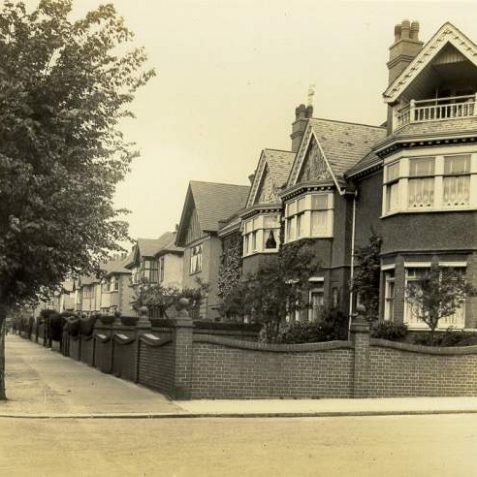 Houses on Dyke Road, c. 1930: These semi-detached and detached houses were built on Dyke Road north of The Upper Drive between 1900 and 1914. On the left is a horse-drawn delivery cart advertising home made bread "baked on the hearth".
Image reproduced with kind permission from Brighton and Hove in Pictures by Brighton and Hove City Council 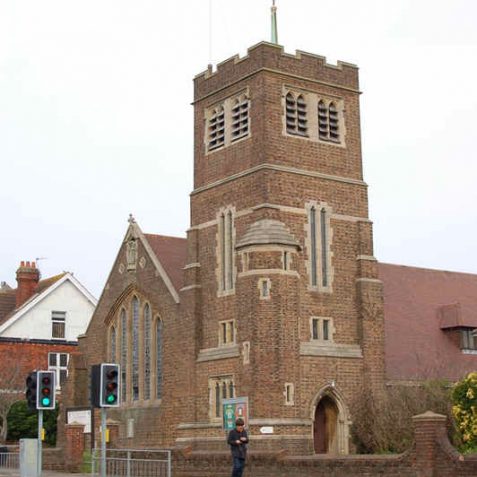 Church of the Good Shepherd
Photo by Tony Mould 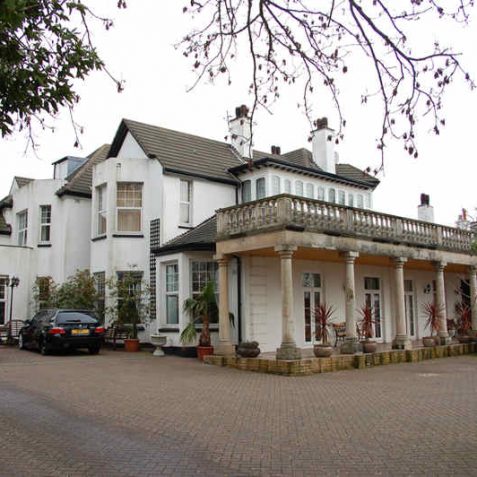 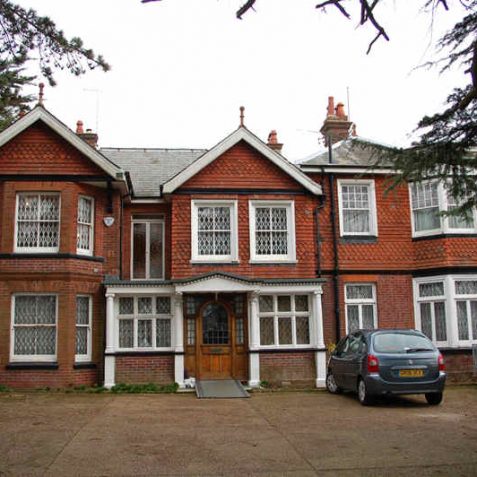 Please note that this text is an extract from a reference work written in 1990.  As a result, some of the content may not reflect recent research, changes and events

f) NORTH of HIGHCROFT VILLAS : No.238 Dyke Road, at the corner of Wincombe Road, has a plaster decoration of the Southern League Championship Shield in its western gable, and a replica of the F.A. Charity Shield in its southern gable, both painted in blue and white. The house was built in about 1910 for Noah Clark, a director of Brighton and Hove Albion F.C. which won both trophies in that year. {214}
The Church of the Good Shepherd , built by E.P.Warren in 1920-2, has a prominent tower with additions at the rear of 1927; the foundation stone was laid by Mrs Alice Moor in memory of her late husband Gerald, Vicar of Preston. There is a small war memorial chapel to the north-east of the nave. The adjacent church hall was opened on 15 July 1936 by Major George Tryon, M.P. {45,311}
The road continues northwards from Tivoli Crescent North as Dyke Road Avenue, a road lined with large, late-Victorian and Edwardian villas together with more recent suburban development. Tongdean Farm once stood at the junction of Dyke Road Avenue and Hill Brow, but some old farm cottages remain at The Spinney. The Dyke crossroads on Red Hill will be the site of an interchange on the Brighton bypass, the Devil’s Dyke Road bridging the new highway which will run through a deep cutting. The road then continues towards Saddlescombe and Devil’s Dyke (q.v.). {83,123}