Brighton college recently unveiled a new gatehouse tower which was delayed by over a hundred and twenty five years due to lack of funds. Founded in 1845 by William Aldwin Soames, who collected a group of likeminded local citizens to join him in the task, Brighton College was the first public school to be founded in Sussex. It has gothic revival buildings by Sir George Gilbert Scott RA (flint with stone dressings, 1848-66) and Sir Thomas Graham Jackson RA (brick with terracotta dressings, 1883-1887; flint with stone dressings 1922-1923). 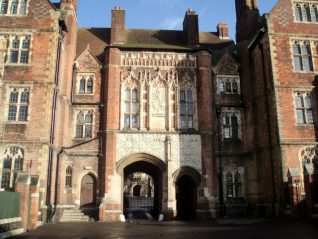 The gatehouse before the restoration

The Gatehouse Tower, designed by Sir Thomas Graham Jackson was supposed to be the final touch to his 19th century additions to the college, but his creation was never finished because of a lack of available finance. Last year, historic building specialists were engaged by Brighton College to complete the original design of the tower; it was financed completely by donations. The tower features a sundial on the front entrance and a clock on the inner courtyard.

Click on the image to open a large version in a new window, click again to further enlarge 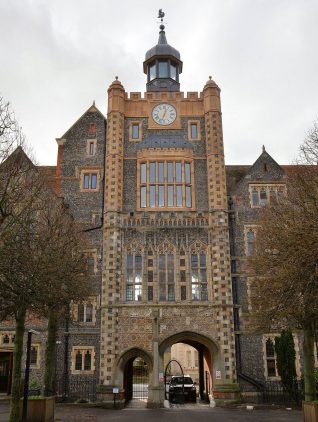 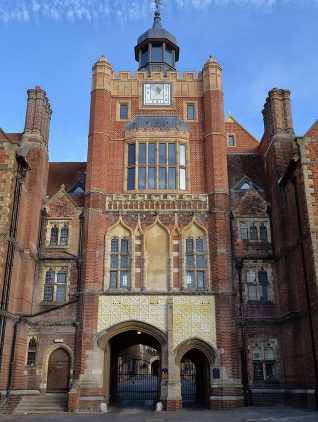