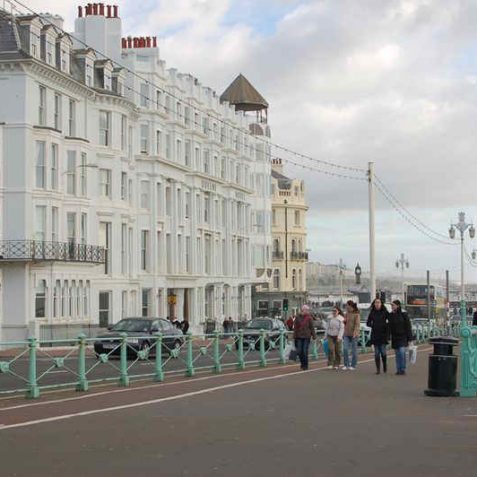 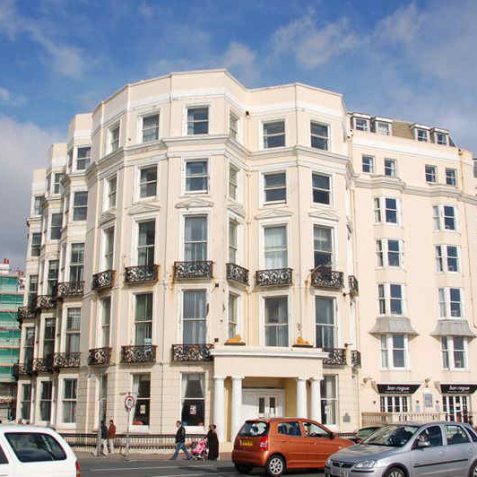 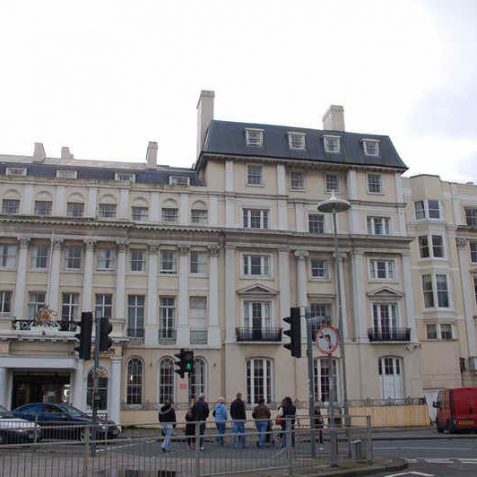 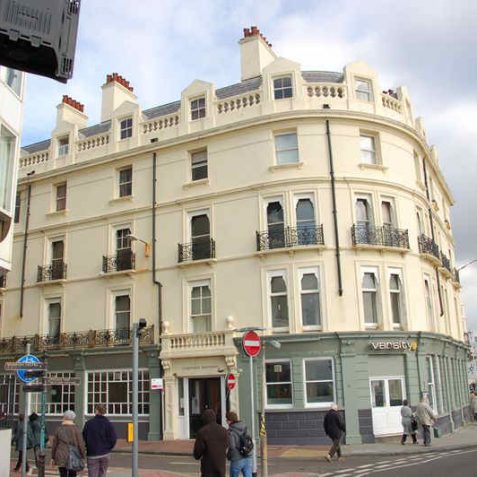 Built on a newly-constructed sea-wall, this important road opened as Grand Junction Parade on 10 December 1829 to provide a through route from Marine Parade to King’s Road for the first time. Traffic had previously been forced to travel via King’s Road , Pool Valley and Old Steine , but the new thoroughfare greatly eased the passage and quickly led to the establishment of a daily fashionable horse parade from Kemp Town to the Brunswick Estate . In 1929-30 the Grand Junction Road and Madeira Drive promenades were extended over pillars to form a colonnaded walk on the Lower Esplanade below, an improvement inaugurated by the mayor, Horace Aldrich, on 27 June 1930. The ornate lamp-standards were also originally erected in the 1930s.  {15,116}

At the corner with East Street is the former Restoration public house with the elegant Clarendon Mansions above. Formerly the Clarendon Hotel, this listed building was erected in 1870 by Charles Brill on the site of his domed baths (originally Lamprell’s). It has a scrolled doorway, but the balconettes have been removed in its current state of disrepair. {26,44}