The parish of Rottingdean 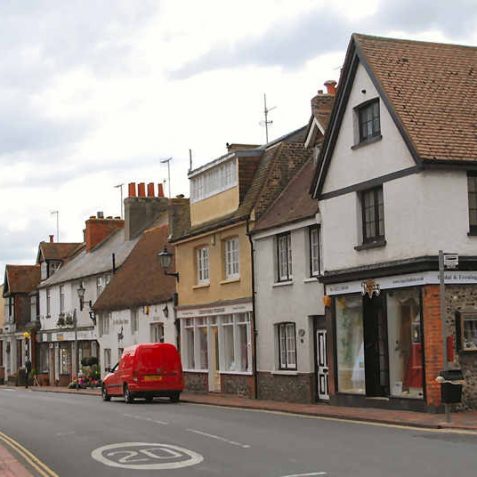 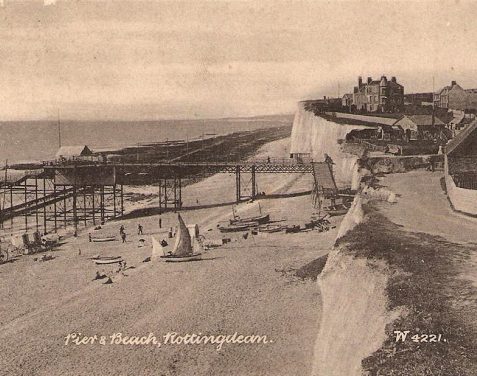 The beach at Rottingdean, date unknown; the tracks of the Rottingdean Railway and its landing stage are clearly visible in this picture.
Fro the private collection of Tony Drury 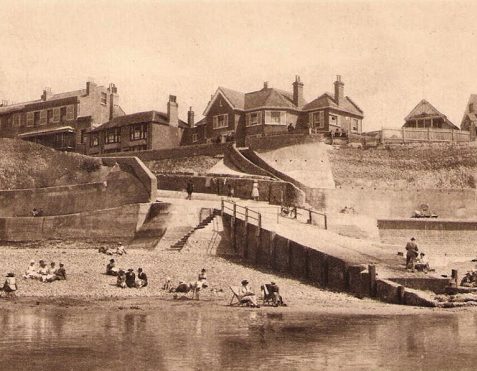 The beach at Rottingdean 1923: the under cliff walk and sea defences are visible in this photograph.
Fro the private collection of Tony Drury 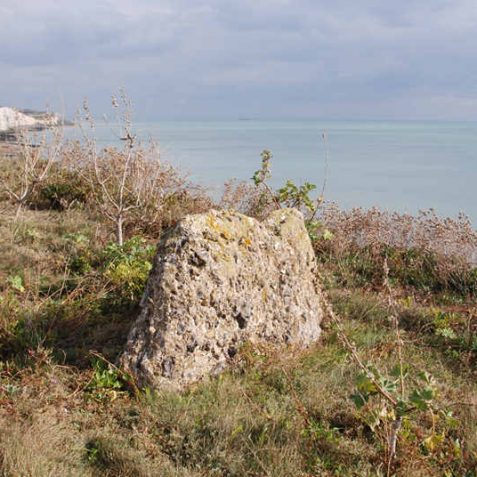 The parish of Rottingdean, part of the Newhaven Union and Rural District, was divided into two parts which met only at a single point on High Hill. The southern part stretched along the coast from Black Rock to Longridge Avenue, an area of 1,580 acres, while the northern part, the chapelry of Balsdean, occupied 1,559 acres and stretched from the hamlet of Balsdean (q.v.) westwards to Heath Hill, Warren Road. The Woodingdean estate was developed in the Balsdean portion from the 1920s, but the entire parish was annexed by the county borough of Brighton on 1 April 1928, and with services now provided by the corporation development in the parish increased rapidly, at Saltdean (q.v.), Woodingdean (q.v.), and at Rottingdean itself.
On 22 July 1932 P.J.Pybus, the Minister of Transport, opened a new sixty-foot-wide highway between Black Rock and Rottingdean, the Marine Drive; the previous cliff-top road, which was established as the Newhaven Turnpike in 1824, closed in 1897 because of coastal erosion and Roedean Road was constructed inland as an alternative route to the village. Marine Drive was constructed over two years at a cost of £105,000 in conjunction with the Undercliff Walk (q.v.) coastal protection scheme, which was itself opened to Rottingdean on 4 July 1933. The improved communication with Brighton, together with the construction of the swimming-pool and the unfortunate redevelopment of the gap, have now turned the cliff-top area into merely a busy resort suburb of Brighton, but the heart of the village, the Green and the High Street , has been well preserved and Rottingdean therefore retains much of its special village atmosphere; the village is now an outstanding conservation area. In 1981 the population of the Rottingdean village district, including the New Barn area which was formerly part of Ovingdean parish, was about 2,500.