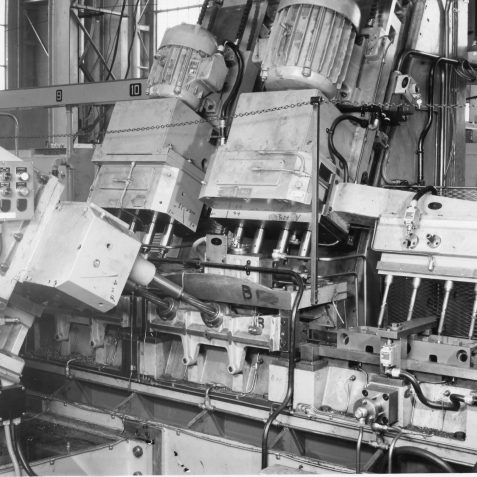 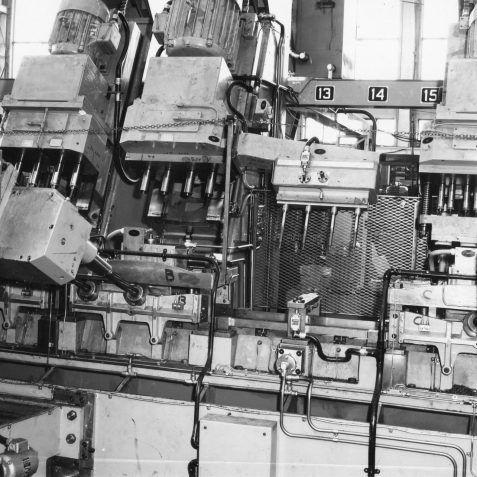 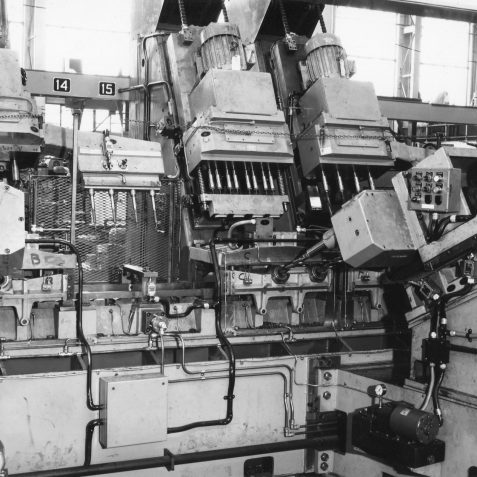 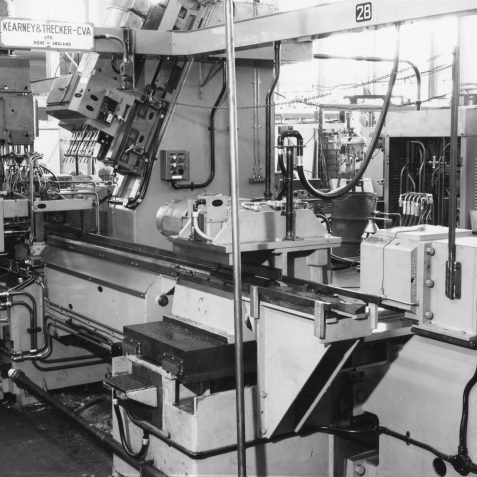 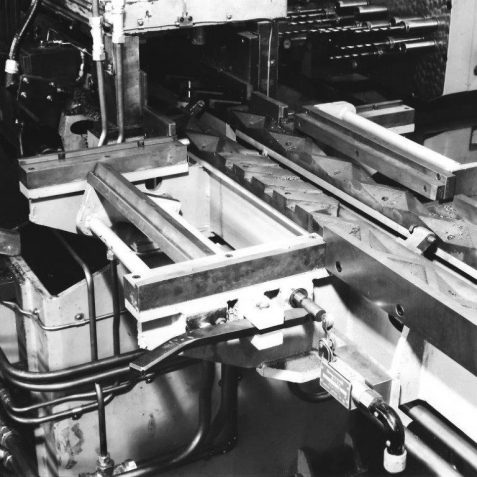 Free Transfer Skid Method, the Trapping Fingers can be seen
From the private collection of Peter Groves 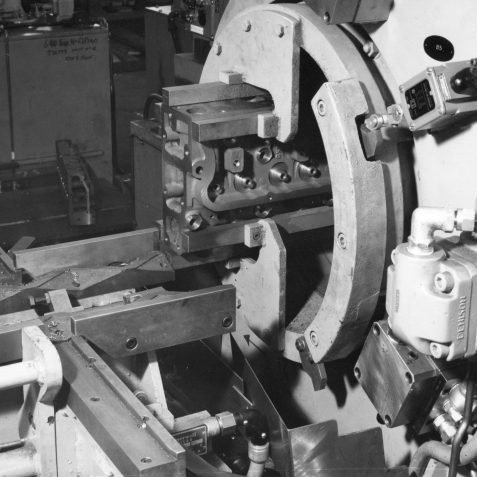 90 Deg Rotate System
From the private collection of Peter Groves 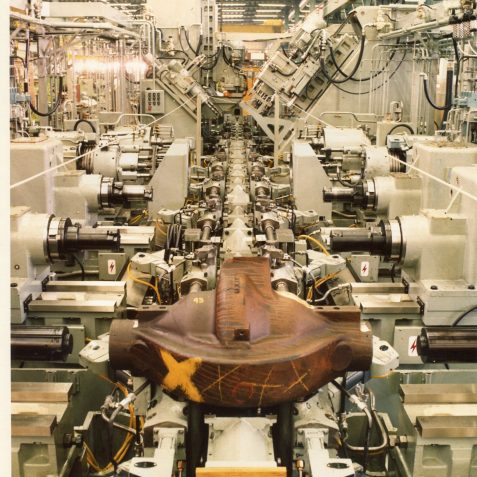 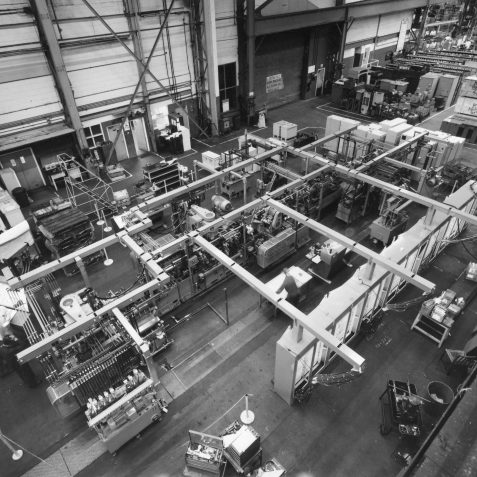 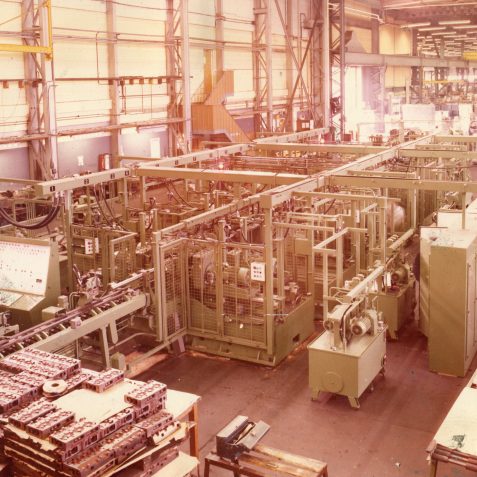 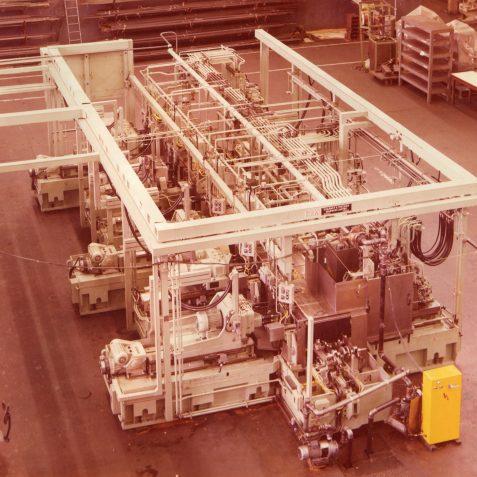 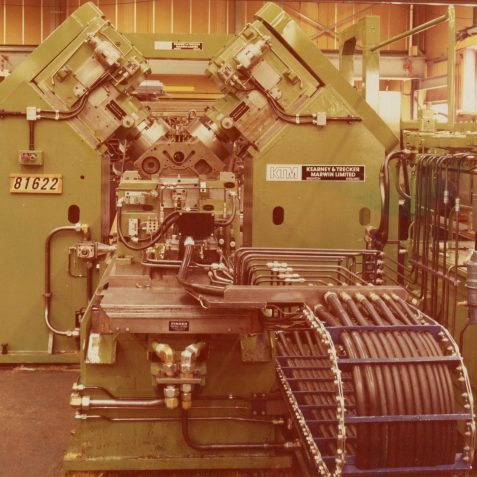 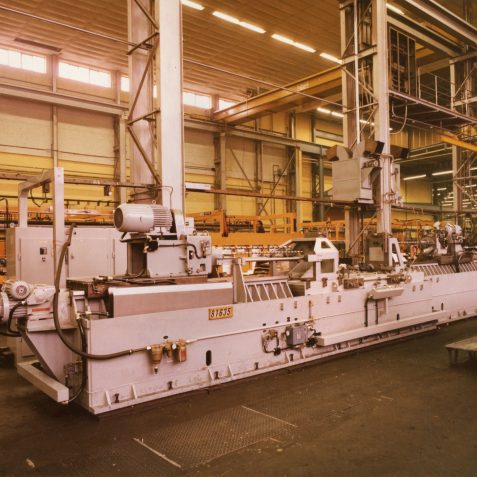 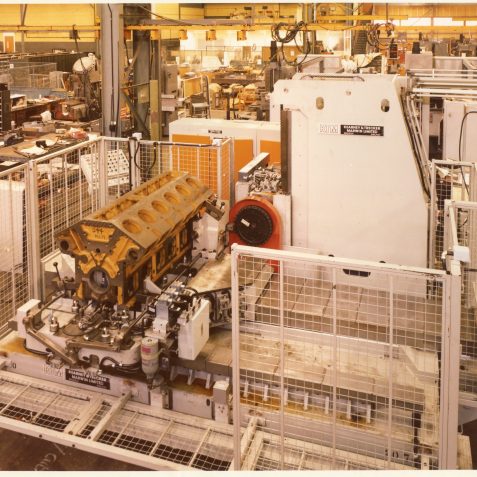 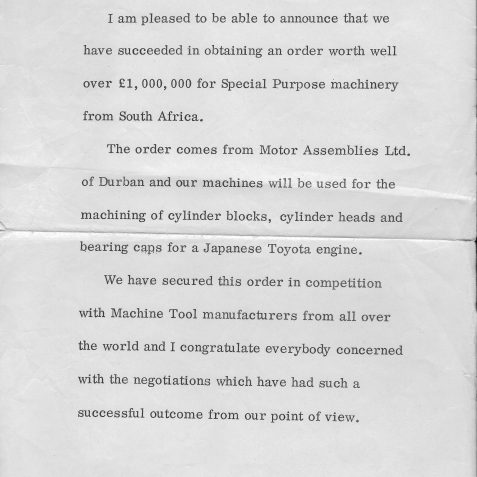 Toyota Award Notice
From the private collection of Steve Hussey 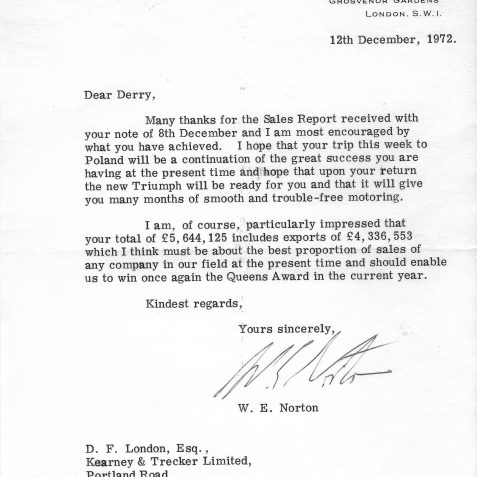 Sales of £5.6m inc Export Sales of £4.3m
From the private collection of Steve Hussey 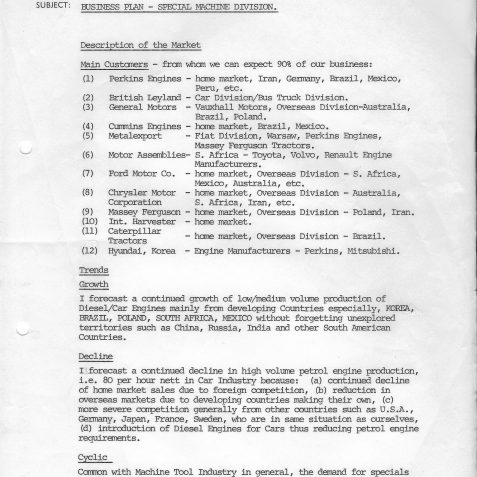 While the early 1970’s were a difficult times, where the workforce were downsized, the manufacture of huge Special Purpose In-line Transfer Machines, for both the home and export markets became more common.  These “in-line” machines incorporated multiple workstations arranged in a line either side of a track on which the components were moved progressively to each station.  Although the Hollingbury factory was 28,000 square metres, some in-line transfer machines were too long to build “in-line” in the factory.  In this case, the machine was built in manageable sections, and only fully in-line when installed at the customer’s factory.

There were 2 types of transfer; firstly Platten Transfer where the component is clamped to a workholding fixture, and both the fixture and component are transferred through the machine, stopping at each station to be machined.  Platten or Pallet transfer method has a number of disadvantages, cost being the most significant.

The Special Machine Division Business Plan for 1976, show the wide range of customers from all around the world from which orders were expected.  Derry London’s report forecast a growth of business from developing countries, and the introduction of diesel engines for cars, thus reducing petrol engine requirements.  Worldwide sales of Special Purpose Machines was anticipated to reach £50m, and the Company expected to win between £4m – £5m, around 10% share of the market.