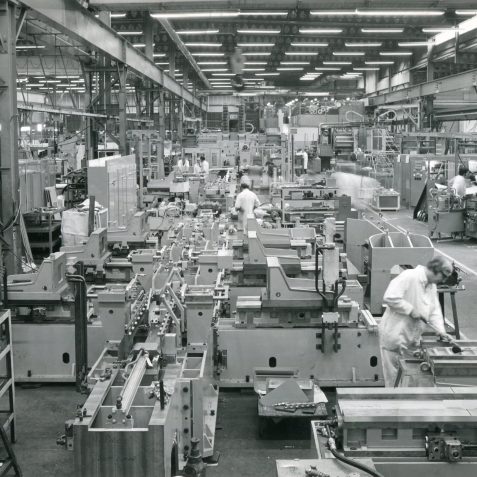 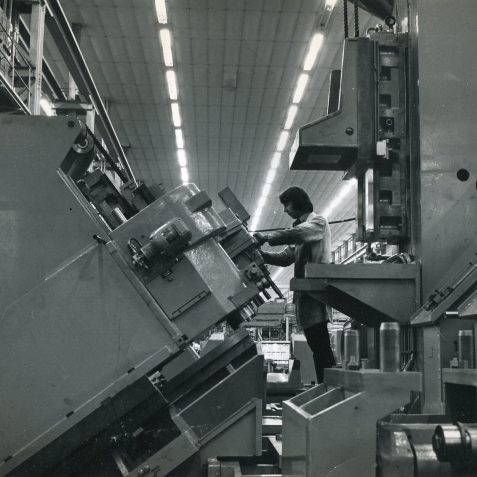 Setting Position of Multi Spindle Cluster Box, Vert Feed Slide on the Right
From the private collection of Terry Buck 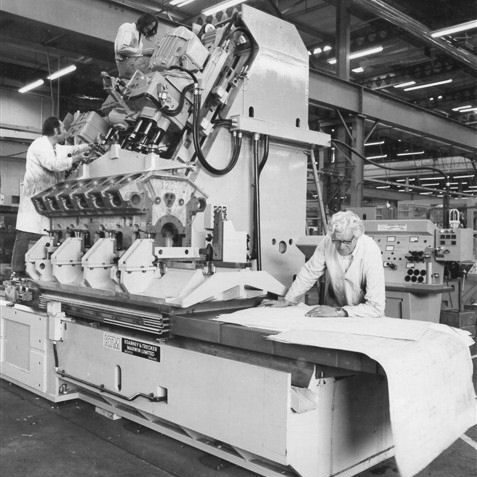 Better get the drawings out, see if we can find where this bit goes!
From the private collection of Terry Buck 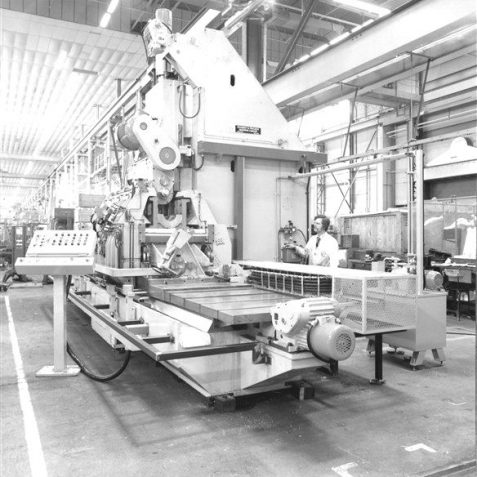 In the 1950s there were around 2,000 employees at CVA/Kearney & Trecker.  In 1954 the Company decided to split into 2 divisions, the Standard Machine division and the Special Purpose division.  Some resources were shared, but both divisions had their own sales, design, engineering and assembly departments; each division was able to focus on their different market sector.

There was friendly rivalry and banter between the divisions. I worked in the Standard Machine division, hi-tech computer controlled NC and CNC machines had just been introduced; we looked down on the Special Purpose division as being low tech.  Having carried out my research, using documents and photos provided by Steve Hussey (Derry’s grandson), Gil Percy, Terry Buck and Dick Tugnutt, plus those from my own collection, I can now see how sophisticated and important those machines were.

I take back those negative things I said all those years ago; “Oi mate, your hydraulic feed slide leaking again” (the NC division used electric servo motors from about 1972) “valves on your computer blown again mate”?  The photos show some of the employees of the Special Purpose division, if you look closely you might even spot one of them working!