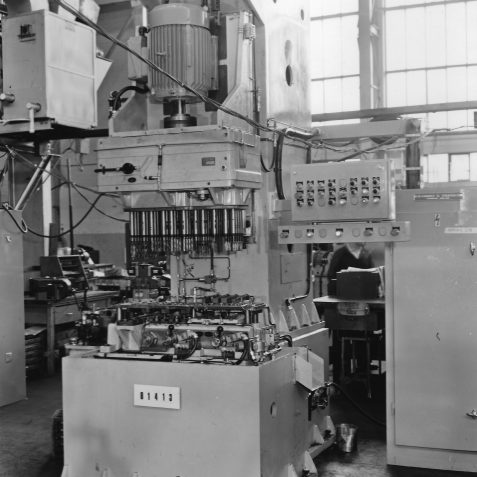 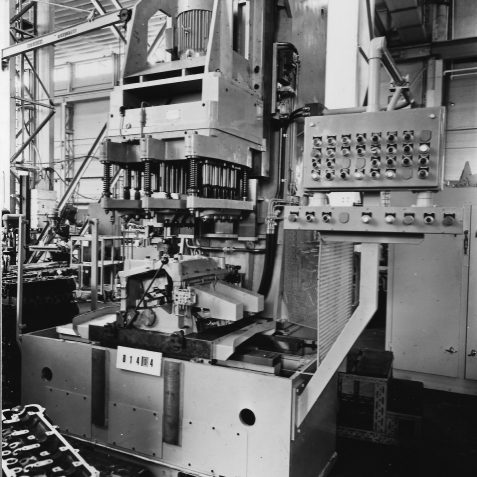 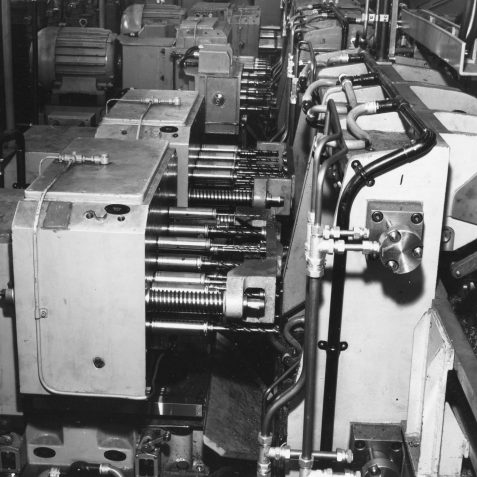 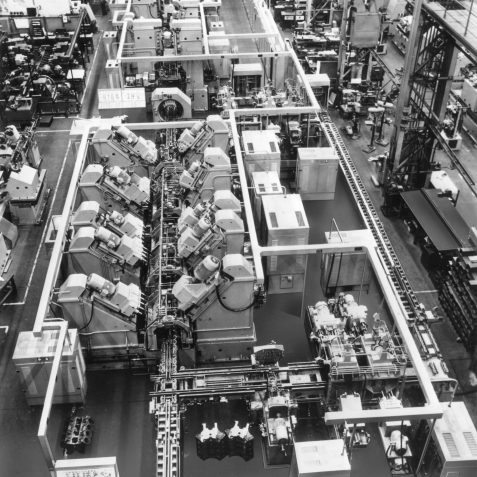 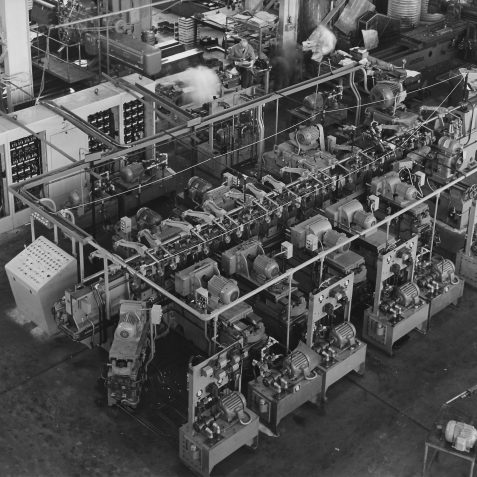 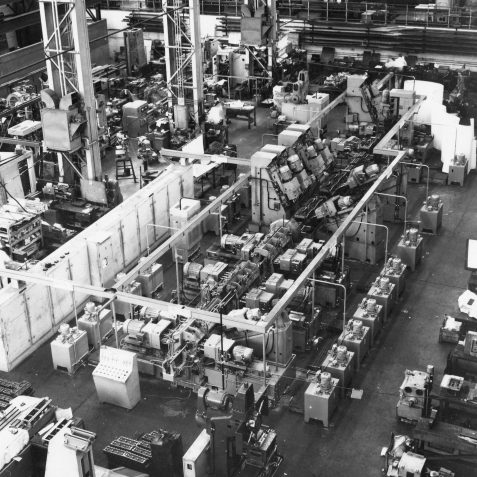 Unknown Transfer Machine
From the private collection of Peter Groves 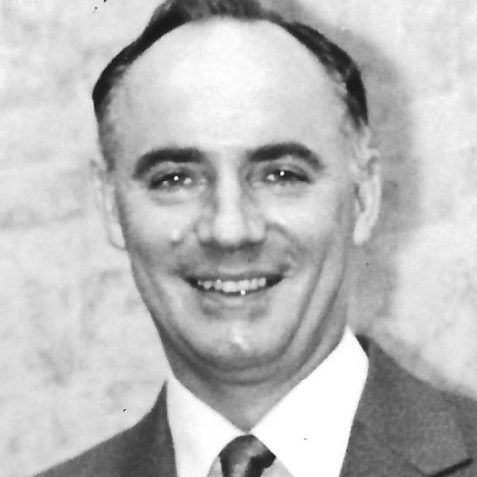 Dermot (Derry) London
From the private collection of Steve Hussey 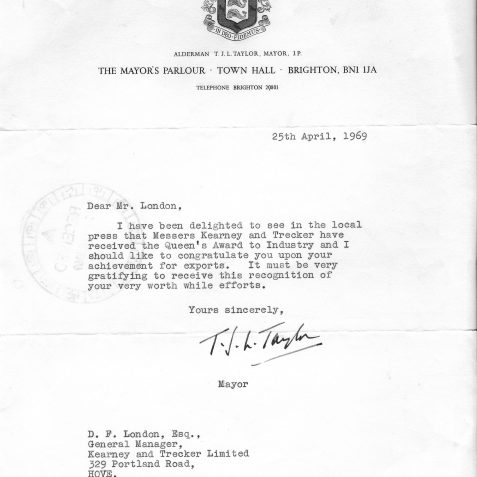 In 1963, CVA/Kearney & Trecker designed and built a Special Purpose Transfer Machine for Vauxhall, to produce cylinder blocks and heads for the Viva.  To simplify, it was decided to divide the machine into a number of manageable sections, each with 8 to 12 workstations.

In May 1964, the Sales Manager Derry London and his team negotiated a contract worth £1,300,000 with Ford in Detroit, for the supply of Special Purpose Machines to South Africa.  Business and reputation grew on the international scene, and the late 1960’s saw exports of Special Purpose Machines grow by 173%.  In 1967 Derry travelled back to his hometown of Melbourne, where he negotiated a contract worth £437,000 with Holden Pty. (General Motors) in a building not 15 minutes walk from where he was born.

Also the same year, a £278,000 order was placed by Metalexport, the Polish State purchasing agent, for a Special Purpose Transfer Machine, the first of this type of equipment to be installed in Poland.  The machine, for the production of cylinder heads for the Fiat engine to be built under licence in Warsaw, was installed in 1968.  It was contracts like this that helped the Company to win the Queens Award to Industry for outstanding export achievement in 1969.