You could leave your door unlocked

I have nothing but good memories of living in Ingram Crescent. My family moved to number 153 around 1951/52 when I was 7/8 years old. It was a time when you could leave your front and back doors unlocked and not be frightened of being burgled. Those were the days when, if you were out, your neighbours would take your washing in off the line if it rained. Our back garden backed onto the Co-op Depot where many of their services ie milk, bakery, laundry, grocery distribution and later motor transport department, operated from. I cannot recall anyone at that time owning a car, in fact you were someone if you had a push bike.

The houses were basic but adequate, providing the family was not too large. It was a three bed-roomed house; two of these had open coal fires. There was a kitchen with a larder adjoining, a bathroom, and a semi outside toilet which was opposite the coal shed. The front room had a coal fire with back boiler for hot water. I believe there were several different designs of houses within the Crescent and Square complex. The back gardens were fairly large, and I can remember my father growing most of the vegetables that we had for dinner; he also kept chickens, so we were never short of eggs. 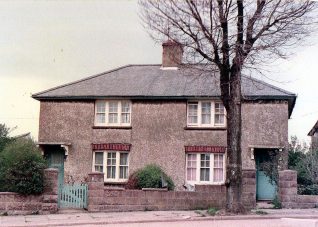 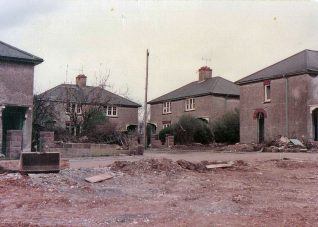 Kids loved to play on the green

Ingram Crescent numbered 1 to 173 on the east side and 2 to 120 on the west side. Within the crescent and leading from Portland Road was Ingram Square, this was numbered 1 to 20 and was fronted by a green which was always very popular with us kids. Within Ingram Crescent there were two what we called ‘banjos’; the one our end of the crescent was numbered 131 to 143, and this is shown in one of the ‘demolition time’ photos here. The other was at the east side of the crescent and consisted of several four flat units. If I remember correctly, were numbered 21 to 73; I am not completely sure about this. 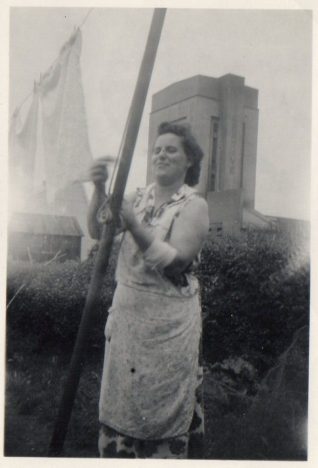 My mum putting the washing out: the Co-op Laundry tower is in the background

Backing onto the railway embankment

There was a footpath to Bolsover Road within this  east side ‘banjo’, and it is still there today. There were more of these four flat units on the west side starting 2 to 44, once again not absolutely certain on numbering. In later years, and I know it was there in 1964, the council built Ingram House on waste ground in front of 62 to 74. Also around this area of the crescent there were two further pathways leading to houses built at odd angles. The back gardens of the houses from 133 to the footpath to Bolsover Road, backed onto the railway embankment.

We had a fair selection of local shops in the parade on Portland Road opposite Ingram Square. I remember an off licence, a dairy, a hairdressers, and a newsagents called Tyson’s for whom I did a paper round for three years. There was a greengrocer, a chemist, a wool shop, a sweet shop, Kirk`s vacuum cleaners, The Golden Cross public house, and a doctor’s surgery. I also remember the Co-op Store at the bottom of Olive Road for groceries and butchery. I moved out of Ingram Crescent when I married in 1965 but my father and mother continued to live in Ingram Crescent West at Jordan Court until their deaths in 1994 and 2011 respectively.

Do you have memories of Ingram Crescent?  What about the local shops? Did you use them? If you can share your memories or views, please post a comment below.