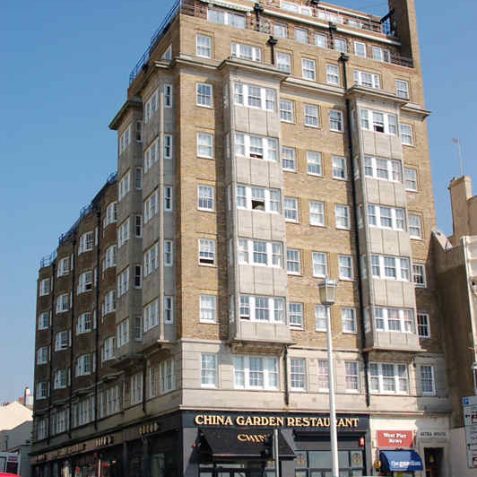 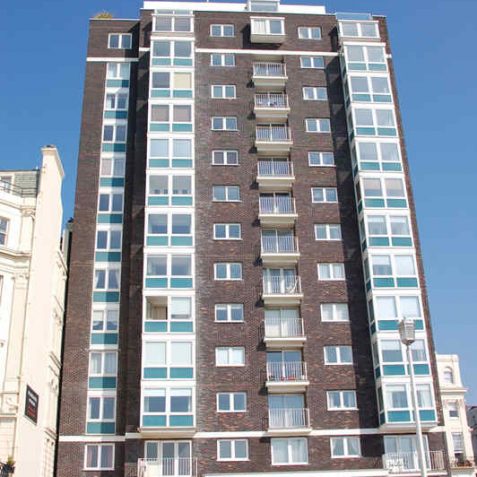 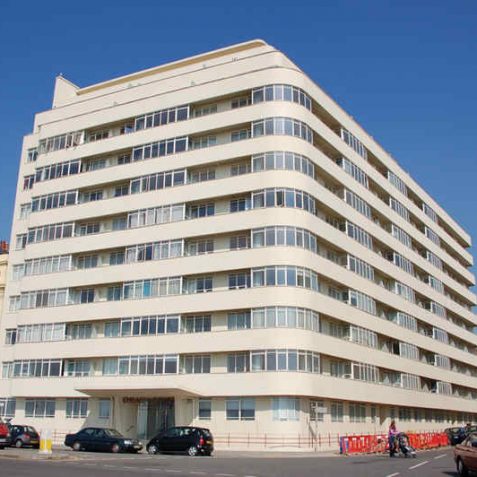 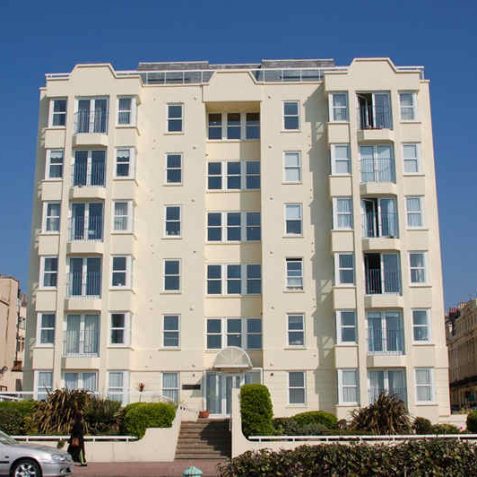 c) FLATS: There are now several large blocks of flats in King’s Road, most of which have been erected on the sites of large villas. The most distinctive is Embassy Court, an eleven-storey block of 104 flats at the very western end of the borough. Erected in 1934-5 to the design of Wells Coates on the site of the former Brunswick Baths, Embassy Court was the first modern high-rise block in the town and was an especially controversial development as it stands adjacent to Hove’s Brunswick Terrace. However, it does possess some architectural merit of its own and is a fine example of the architect’s work. The 110-foot tall building has distinctive, continuous horizontal balconies of concrete which taper towards the top, and in 1984 it was listed as being of special architectural interest. {44,45}