You are here: HomenextAreasnextAldringtonnextDiary of a Brighton cinema-goer, 1941

Diary of a Brighton cinema-goer, 1941 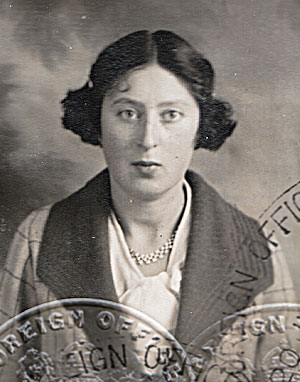 zoom
Photo of Hinda Harris from her passport of July 1936.
Contributed to Letter in the Attic by Sarah and Sophie Harris 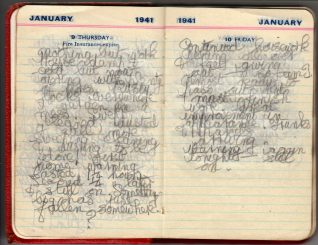 zoom
Pages from diary of Hinda Harris, 9 and 10 January 1941. Click to see full-size.
Contributed to Letter in the Attic by Sarah and Sophie Harris 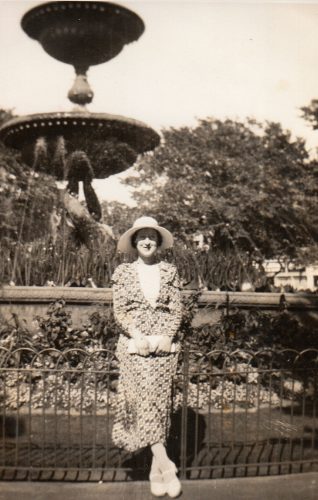 zoom
Photo of Hinda Harris in Old Steine gardens, 1936(?)
Contributed to Letter in the Attic by Sarah and Sophie Harris 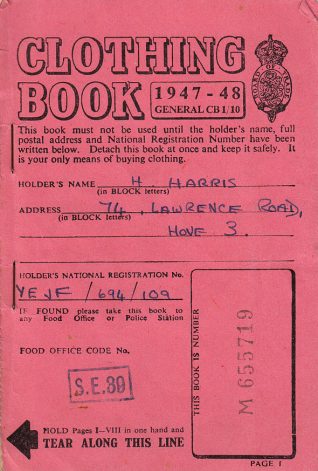 zoom
Ration book of Hinda Harris, from 1947-1948. Some coupons are unused.
Contributed to Letter in the Attic by Sarah and Sophie Harris

Hinda Harris lived in Lawrence Road, Hove in the mid-late 1930s, together with her parents and her brother Gordon. Until her death in 2003, she wrote a number of diaries, covering her everyday life and her frequent trips to the cinema.

During the Second World War the family evacuated to Swindon for a while, returning home to Hove in 1941. This extract from Hinda’s 1941 diary begins with her return to the empty house.

Nothing but work. House damp and cold but now airing…Rusty locks everywhere and garden in a mess. Swept, cleaned, dusted and still more sweeping, cleaning and dusting to be done! First home warning lasted 1 ¼ hours, second ¼ of an hour later and still on. Something big has fallen somewhere?

Mum and Gordon back. Family reunited, all very pleased. House clean and warm – so am I now, but still tired. Warning as per schedule.

Further cleaning up. Surveyed town in afternoon. Fine weather. Plenty of people and blessed absence of uniforms. Ran into Margaret outside Wade and had a pow wow. Everything much as usual except absence of onions in Hove and general scarcity of meat.

Yet more tidying up and fixing of better blackouts. Alan Cranfield came to see Gordon, after 18 months in the navy. Had plenty of information re his travels  in Mediterranean…likes the life. Finds the weather and blackout irksome! So do we!!!

Snowed here first time since we got back, but no hills to climb so I don’t care! To Lido to see “Ghost Breakers”, very funny and “Miracles do Happen”, quite amusing. Place almost empty.

“The Great Dictator”. Grand comedy and great propaganda, if only someone would listen.

The diaries of Hinda Harris have been shared with the Letter in the Attic  project by her neices, Sophie and Sarah Harris.