You are here: HomenextPlacesnextStreetsnextLondon Road, PatchamnextDevelopment in the late 19th century

Development in the late 19th century 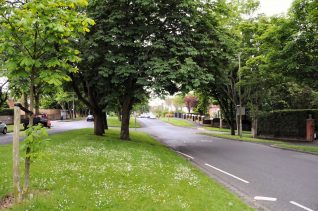 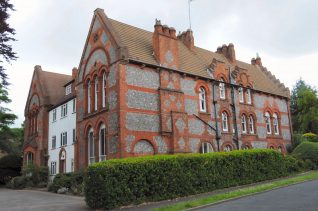 From 1853, William Roe’s heiress Elizabeth Ogle began to sell land in London Road to the south of Withdean for development, encouraged by the removal in May 1854 of the turnpike tollgate from Preston to a hundred yards north of Withdean. A number of large Victorian and Edwardian villas were erected, only three of which now survive: at Towergate; St Bernadette’s School; and at Withdean Hall, Varndean Road;. Withdean Baptist Chapel stood on a site to the south of Tongdean Lane, between London Road and the railway, during the late nineteenth and early twentieth centuries. {83,109,254}
Surrenden Road , exceptionally wide and beautifully lined with trees, was laid out in 1875 (although the Preston part was not completed until 1894) as an equestrian ride from Preston Park to Ditchling Road, but only one nineteenth century house was built in the road, Mount Harry on the site of Surrenden Holt. In Edwardian times several large villa residences were erected of which only no.66 remains, but other large houses were erected in the same period at Dyke Road Avenue and Withdean Road. {109,126,254}
The Withdean area on both sides of the valley was greatly developed in the late 1920s and ’30s with suburban semi-detached and detached housing. Since then a number of blocks of flats have been built on the sites of many large residences, with small scale housing at the Varndean Park estate and on the eastern side of Surrenden Road. {83,254,255}