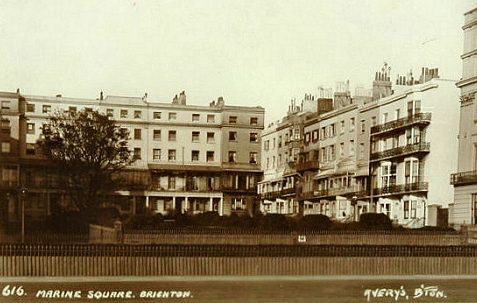 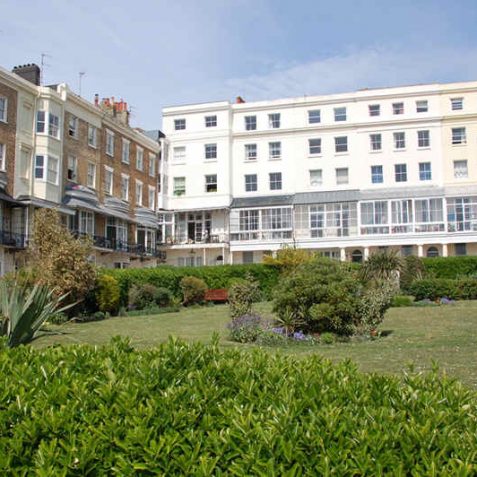 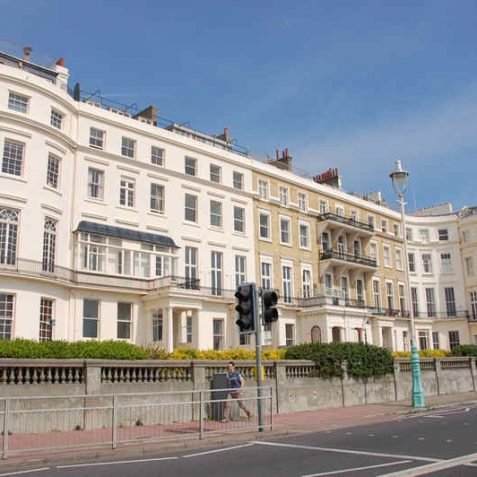 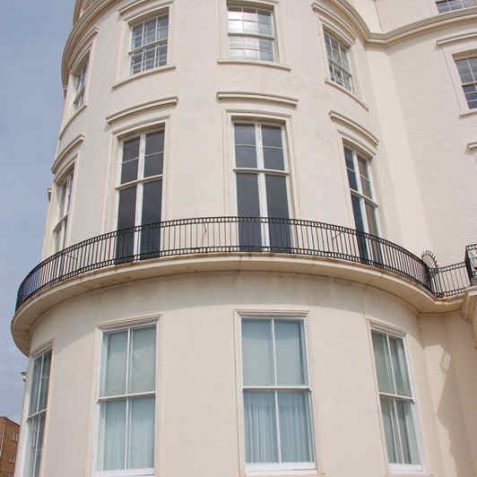 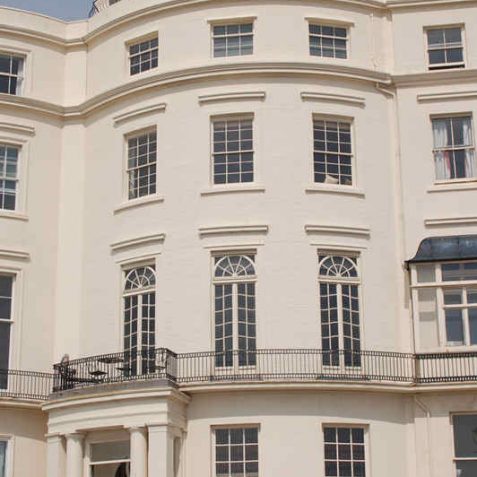 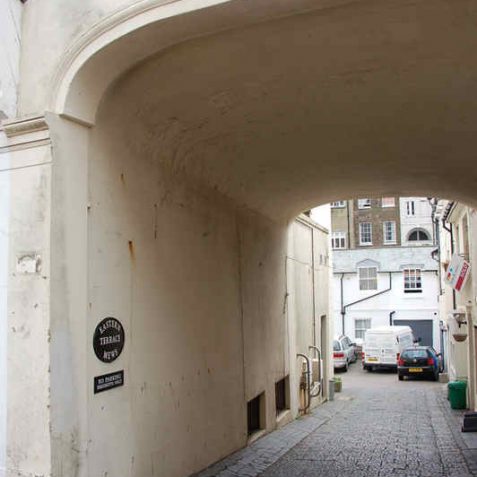 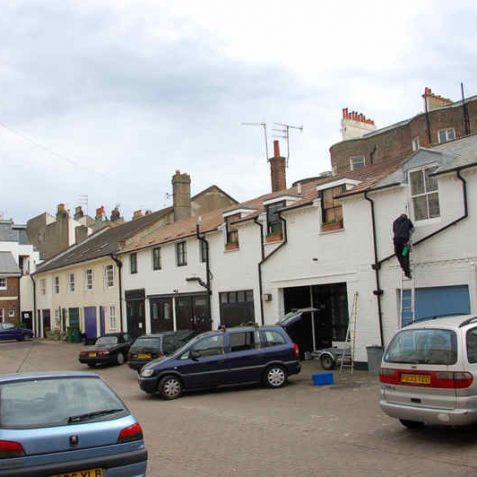 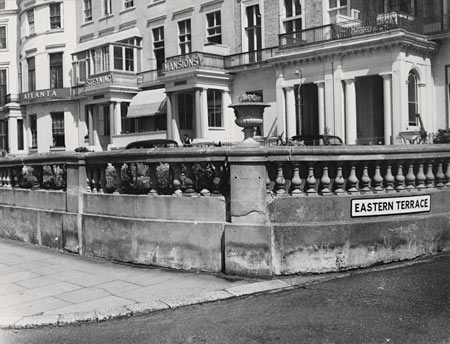 This photographic print made by the Borough Surveyor's department in about 1950. It shows the corner of Eastern Terrace, Brighton. Steyning Mansions can be seen behind the low wall.
Reproduced courtesy of Royal Pavilion, Libraries & Museums, Brighton & Hove

d) MARINE SQUARE: Built in 1823-5 for Thomas Attree, probably by Wilds and Busby. The houses, all listed, have balconies and verandahs, and some yellow-brick houses remain unstuccoed. In the early nineteenth century no.11 was the home of Cardinal John Newman (1801-90), a leading member of the Oxford Movement. The gardens were taken over by the corporation following the 1884 Brighton Improvement Act. {46,123,126}

e) EASTERN TERRACE: This imposing terrace has nine large, four-storey, listed houses of about 1827-8, some of the finest in the town. Nos.1-2 and 9 have wide bow fronts, while no.8 has a concave facade. Most have Doric porches, and nos.5-7 have unstuccoed first floors faced in yellow brick. No.1 was occupied from 1836 until 1858 by the first Lord Sudeley, and then by Sir Albert Sassoon in 1876-96; the Bombay Bar in St George’s Road (q.v.) behind the house was constructed as his private mausoleum. The house became the Court Royal Hotel in 1914, and was converted into Court Royal Mansions in the early 1950s. No.2 was the home of the famous journalist George Augustus Sala in the 1890s, while no.9 was occupied for some time by King Manoel II of Portugal during his exile; it later became the Royal Sussex Hotel and then part of the MunicipalTrainingCollege until the 1970s. {44,46,83}
Behind the terrace are the small cottages of Eastern Terrace Mews which were rebuilt in 1989. The mews is entered through an archway from St George’s Road.