You are here: HomenextPlacesnextStreetsnextNewmarket RoadnextTin tub baths and a scary toilet 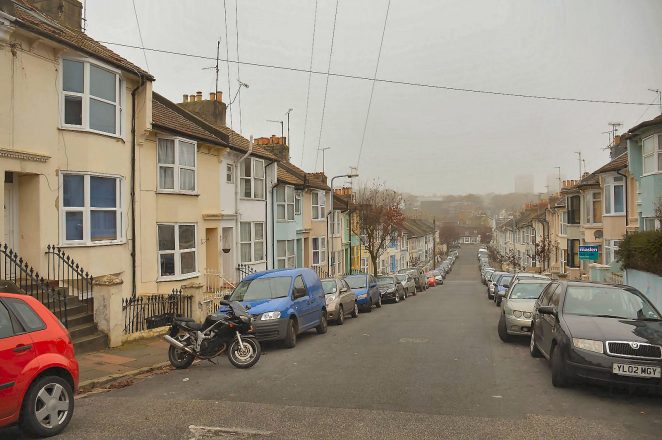 My grandparents Bert and Sue, lived at 54 Newmarket Road: the house was rented by them from about 1929-1981. It was a three storey house comprising of six rooms, scullery and an outside toilet (note no bathroom). Originally it was lit by gas lamps and heated by coal fires in each room. Electricity was added in October 1946 and because of this the rent was increased from £34 to £40 per year.

Bathing in the tin tub

To wash, water had to be heated on the stove and tipped into the scullery sink. Bathing was a bit more complex; a large tin tub would be carried in from the shed and placed in one of the rooms downstairs and large amounts of boiled water carried in to fill it. After bathing the tin tub would have to be emptied by bucket and returned to the shed. Using the outside toilet was fine during daylight but at night it was very scary as there was no light in there.

I remember being told that just before I was born my dad George thought he would try to connect an electric light in the toilet, when he switched the new light on, there was a mighty explosion and the fuse box blew off the wall. The electrician had to be called to fix it, but there was still no light in the toilet. The landlord was finally forced to modernise the house in 1976, when one of the ground floor rooms was converted into a proper kitchen, and the old scullery was turned into a bathroom and toilet. Bert finally left the house in 1981 when his wife Sue died and he came to live with us in Dudley Road.