You are here: HomenextPlacesnextStreetsnextNorfolk SquarenextMy happiest memories as a kid

My happiest memories as a kid 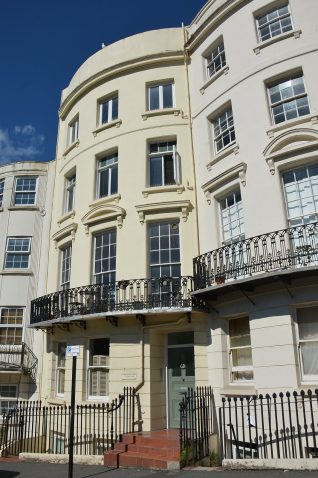 Playing on the fire escapes

I grew up at number five Norfolk Square from 1968 until 1975, and do remember the fire escapes. I used to try and climb up the vertical ladders, until I was shouted down by my mum. I have got the happiest memories of being a little kid there. We lived in the basement which had loads of the dilapidated remnants of what would once have been a grand Victorian house.

There was an unusable dumb waiter at the back of the flat. It had really heavy wooden doors, and old brass electric fittings which you used to get a shock off if you had wet hands. The kitchen opened straight into a coal bunker, and at the back of the flat was what must once have been a gardener’s store or wash house, with an old butler sink, a gigantic tap, and an old copper boiler. It is amazing that everything was left in such a dishevelled and un-renovated state until the 1970s, and maybe even later?

The floors above were all separated into small bed-sits, and I can remember running in and out of all the other tenants’ rooms. I guess back then we often did not know people who lived in ‘better’ circumstances, and so had nothing to compare this to. I thought it was great. The area did have a load of people living there who seemed ‘different’ and had unsettled lives – but I reckon that made it fun, and a real reflection of what being a Brightonian was – and maybe still is?

Were you ever a Norfolk Square resident? When did you live there? If you can share your memories with us, please leave a comment below.