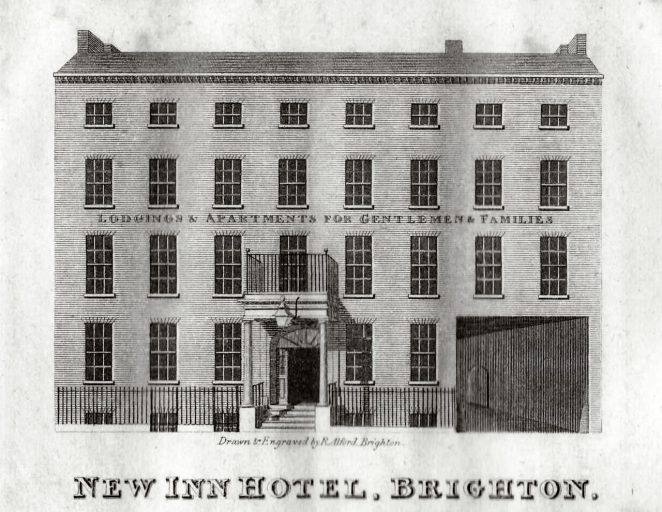 As the principal route into the town from London was via Dyke Road until the early nineteenth century, North Street naturally had a number of important coaching inns. The only one remaining is the former Clarence Hotel, numbers 30-31, which was built in 1785 as the New Inn and run by a brewer, Mr Whichelo. By 1812 it had a large coffee room, billiards room, ten sitting rooms, twenty-six bedrooms and two kitchens. There were also two stable yards added by William Henwood with room for nearly fifty horses and six coaches, but the music room at the rear was demolished in the 1850s for the erection of Model Dwellings. 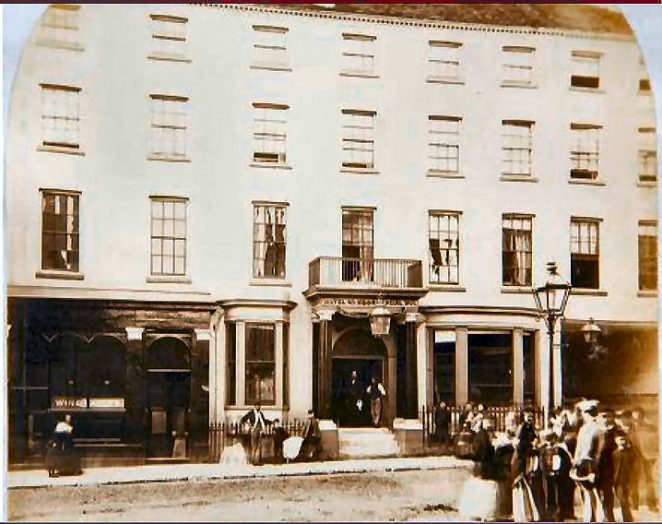 The Clarence Hotel, photographed c1870. Note the extremely dirty condition of the roads and the cobbled crossing, kerbs and gutter channels. 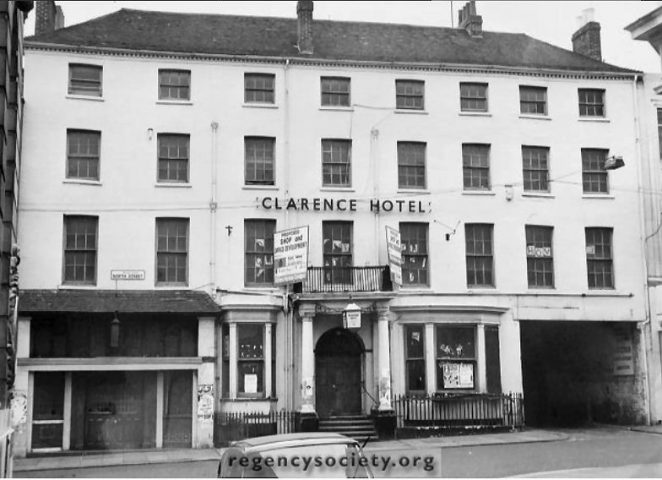 The old Hotel, empty with its future in doubt, photographed on 10 July 1977. The fears that this eighteenth century building might be demolished were allayed when a Building Society bought the building for offices.

In 1808 the magistrates’ court was established here, and it returned in 1821-3. In 1830 the name was changed from the New Inn to the Clarence Inn, in honour of William IV, formerly the Duke of Clarence. The building continued as a hotel until September 1972. The building remained empty until it was reopened on 25 June 1979 by Lord Rupert Nevill, as Clarence House, the head office of the Citizens Regency, part of the Portman Building Society. In the renovation the bow windows which were obviously added in the mid 19th century were removed and the frontage reverted to its original design. Clarence House is now a listed building, and is faced with cream-coloured mathematical tiles with a Doric porch and elegant lamp. In May 1990 North Street was closed to traffic as Clarence House was in danger of collapse during its conversion to offices. 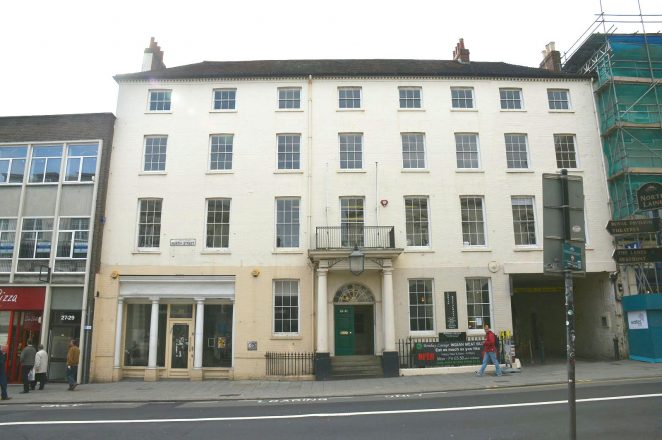