I was born on the Old Shoreham Road opposite what is now Speedy Spares. In the early 1950s the parade of shops was very popular and had everything you needed except, as my mother lamented, a post office and a chemist. For those, we had to travel to Trafalgar Road. The shops were, as I remember running east to west: Harringtons the bakers, Winnie Bray ran the greengrocers, there was a wool shop called Elsie’s and a butchers called Ray’s. 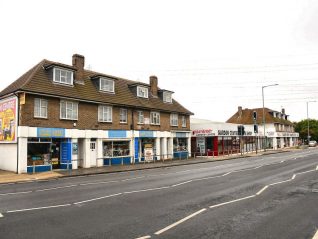 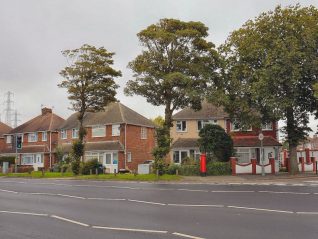 On the other side of the waste ground was the shoe menders, which was run by the Greens until it was taken over by Bob Roffey, next to that was Sear and Tongue which was a very successful grocery. The newsagents/sweetshop was called Browns and was managed by Mr Heasman and assisted by Mr Pitt, who went on to marry Winnie Bray the greengrocer. At the end of the block was Findlaters the off licence which never seemed to have customers. There were other shops to the east, dominated by Pembrokes grocery and the sweet shop run by his wife; the sweet shop was later taken over by Mr Parker who installed the choc ice machine.

Do you remember these shops? If you can share your memories with us, please leave a comment below.

On the corner of Wolseley Road was Patchings the ironmongers which became the hairdressers.  Like most places it was quite a stable little community based around the shops and Wolesley Road. The characters I remember in the 1950s and early 1960s were Fred Steele the mobile greengrocer, Charlie Todd in Melrose Avenue, Mr Dale the taxi driver, Harry Wakeham who had a mismatched glass eye, the Finchs and the Greens who ran the laundry, and Bert Brundle who lived in Abinger Road.