Happy days in the park

I grew up in Preston Drove where our house overlooked Blaker’s Park. From the first floor, we had a view down the length of the park and down across Brighton right to the pier. I lived there from when I was born in 1961, till 1985. My parents Jim and Barbara Fenton bought the house in 1949 when they were first married. My Dad died in 1990 and my Mum lived there until she died in 2000. I remember a centenary celebration in 1993/94 with the Mayor, when my Mum was the second longest resident from surrounding roads. 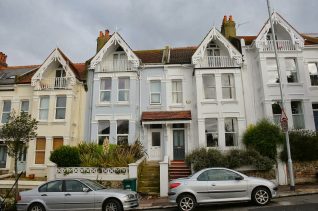 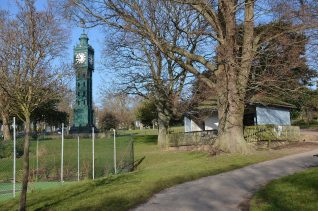 I remember sledging at night in the park, by the light of surrounding roads street lights. That is until they put the railings in, halfway down. I seemed to have spent my entire childhood playing in that park; 20-a-side football, and cricket; there was always sports equipment in our hallway. My Father told me once that he remembered the children’s playground at the bottom of the park being lawn tennis courts. Then they built the concrete courts and put in the playground I guess. Winter and summer, much fun was had in that park.