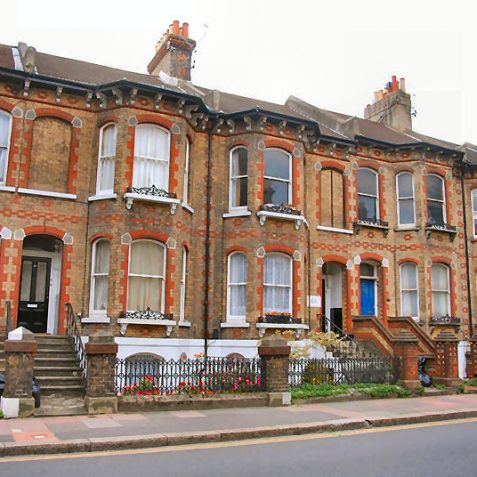 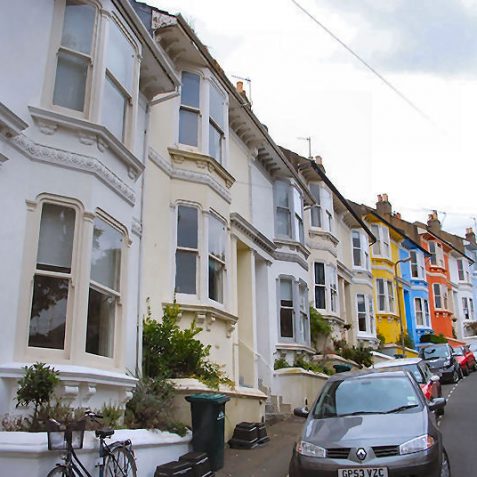 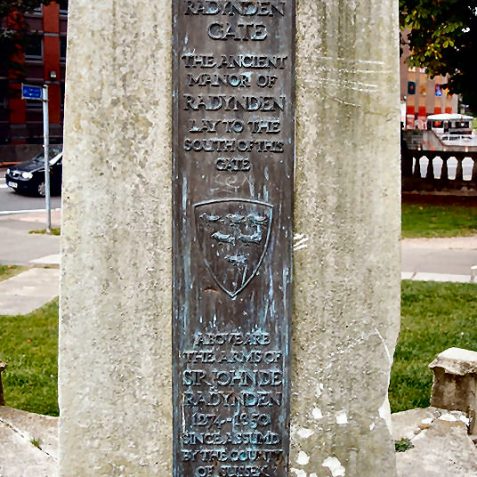 a) SOUTH OF THE PARK: The unusual terrace at the south-western end, 33-81 Preston Road , was built with a decorative brick in the 1870s as Rosneath Terrace, part of the so-called ‘Dairy Estate’ developed from 1871 on the site of the early-nineteenth-century dairy of the Prince of Wales; the dairy included a large private house. The estate roads were named from the family of the Marquess of Lorne who married Princess Louise in 1871, and include Argyle and Campbell Road s {15,76}.
There is further terracing on both sides before Preston Park is reached. The College of Technology annexe by the viaduct was opened by the School Board in 1880 as the PrestonRoadSchool. It continued in use as a school until 1937, and later became the Preston Technical Institute. {83,115}
The large Endeavour garage at Springfield Road was built on the site of a Roman villa, discovered in 1876 and excavated in 1877 and 1962 when the garage was built. Several burial urns, skulls, bones, fragments of pottery, coins, figurines and an iron lamp were found, and it has been suggested that it was a temple and cemetery rather than a house. The villa is commemorated on the pylon at the southern entrance to the park. {8,151}
Branching westwards from Preston Road is Dyke Road Drive, constructed in 1878 by the local landowners in conjunction with the London, Brighton and South Coast Railway Company and the corporation to form a carriage drive from Hove to Preston Park via the Drive and the Upper Drive. Parkmore Terrace is a row of seventeen contemporary, bay-fronted houses approached through a gateway from Dyke Road Drive. Preston Road Wesleyan Chapel, a red-brick Gothic building by C.O.Ellison with a small spire, stood on the site of the London Gate office block from 1883. It closed in 1943 and became a furniture depository, but was demolished in 1974. {62,114}