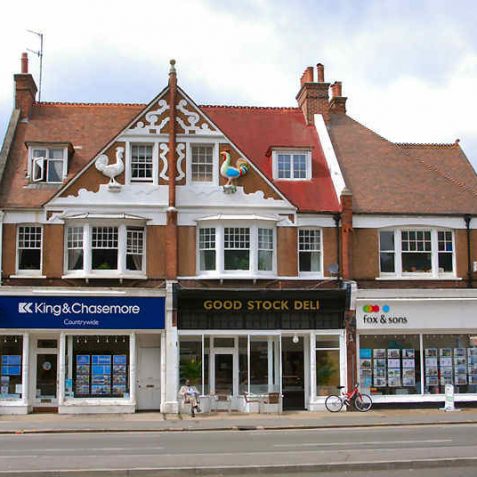 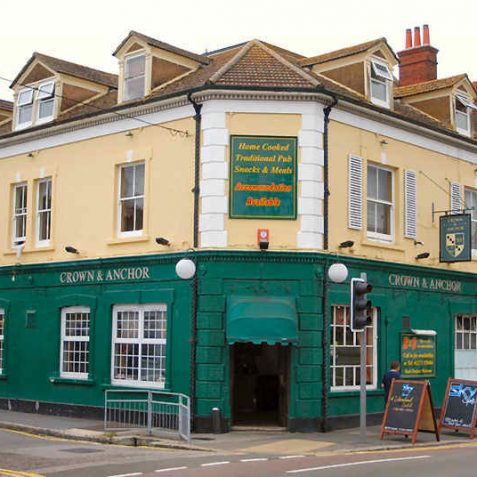 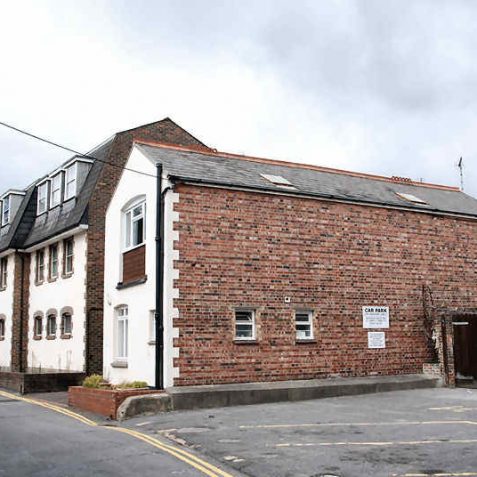 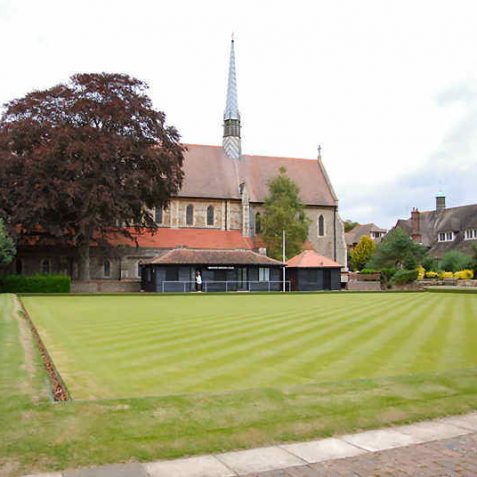 c) PRESTON VILLAGE: Preston Road then runs through Preston village itself, where no.199, the Old House, is an eighteenth-century listed farmhouse in knapped and squared flint . Formerly used as tea-rooms, it is one of the finest examples of flint work in the area and is illuminated at night, but the glazing bars of two windows have been unfortunately removed. The adjacent nos.201-203 have unusual large cockerel decorations in the gables. The Crown and Anchor dates back to at least 1711 when it was the first stop for coaches outside Brighton, but it was rebuilt in 1894. At the rear stood the small Preston parish workhouse until 1844, and later, from the early 1900s, a gymnasium and assembly hall used for training by famous boxers and wrestlers until about 1957. On the opposite side of the road are the Preston Vicarage Lawns, two bowling-greens laid out in 1934-5 on the site of the vicarage which stood opposite the car showroom. {15,44,123,126}