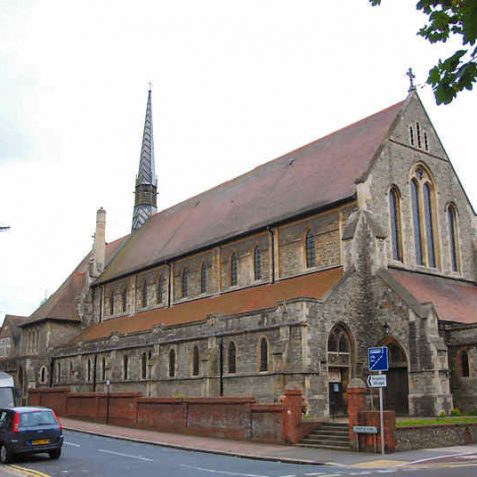 Church of St John the Evangelist
Photo by Tony Mould 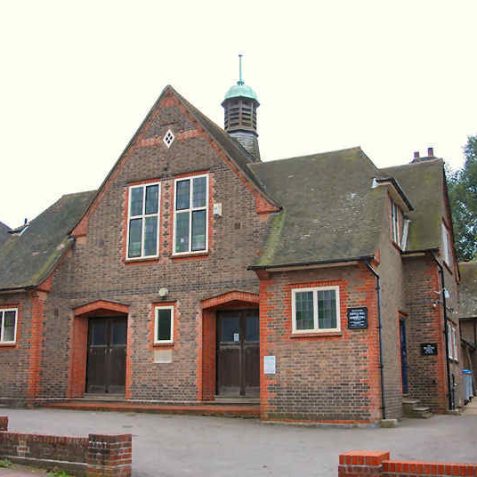 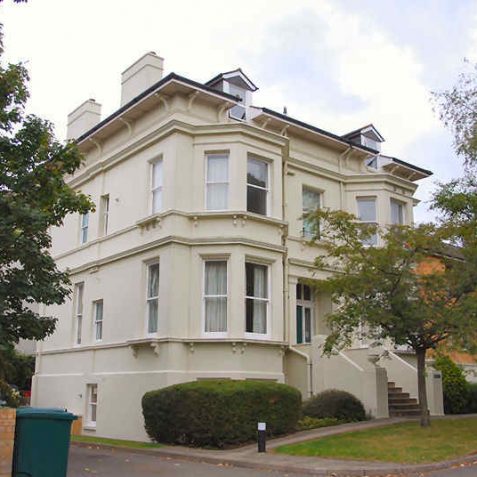 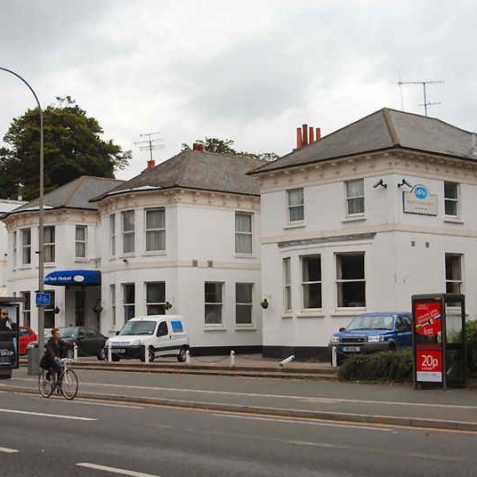 d) NORTH OF PRESTON VILLAGE: The area around Lauriston Road, Cumberland Road and Preston Road was badly damaged by bombing during the war. At the corner of Knoyle Road stands the Church of St John the Evangelist, built by Sir Arthur Blomfield in rough stone in 1902, in Early English style with a small turret and spire. In 1908 it was designated Preston parish church, and a clerestoried chancel was added in 1926, separated from the nave by a wooden screen. The church was also damaged by a bomb. At the rear in Knoyle Road stands the Knoyle Hall, built in 1912-13 and used as a lecture theatre for the first fifty-two students of the University of Sussex in 1961-2. The single-storey Crowhurst Hall was erected by Robert Crowhurst in 1928 in memory of his wife Charlotte. {1,241,311}
A number of villas dating from the 1870s line the western side of the road to the north of the village. They were built as part of the Clermont estate (see “Preston”) and the line is happily complete, although most have now been converted to flats, rest homes, etc.; nos.235-237 were used in 1961 to house the first University of Sussex students, as mentioned above. The Preston Resort Hotel opposite was the Touring Hotel from about 1969, and occupies two adjoining villas. The southern one was built in 1851 as Preston Villa, one of a group of three, semi-detached villas on the northern side of Harrington Road; the northern villa was built in the late nineteenth century. {83,109}